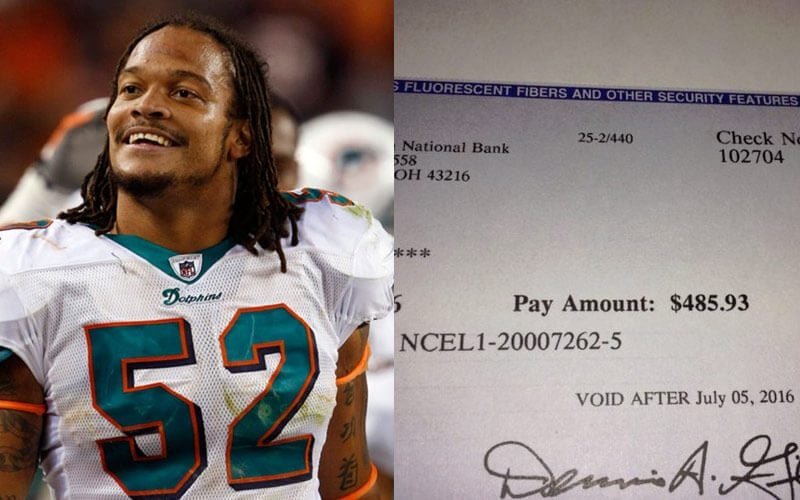 College athletes have been making huge amounts of money for everyone except themselves, under the guise that they’re building a name, getting the attention of the major leagues, and that it’ll all pay off when they make it to the next level.

Their names and likenesses have been sold to EA by their schools and league, and have been used to sell millions of video games. Until now, the players weren’t getting in on the action… but thanks to a settlement, the fat checks are starting to roll in. Let’s hope they don’t spend it all in one place.

But if they were going to spend it all in one place, here’s a good place to start…

The 2009 class action lawsuit to get some money into the hands of players was settled in 2014, and the checks are finally starting to flow. The settlement was for 60 million, the lawyers took a third, and the remaining 40m is being divvied up among the players. It’s still a drop in the bucket compared to the money these players helped generate, but at least it’s something?

And a hell of a lot more than you’d be able to trade them in for:

Someone’s getting a new PC:

You got a deal!

But not everybody has a price:

CJ Wallace III is currently playing Basketball in Puerto Rico, and isn’t a huge fan of this whole ordeal.

Up next: Brothers Convince Little Sister Zombies Are Taking Over The World After Her Surgery

HOT: This Model Is The Real Life Chun-Li