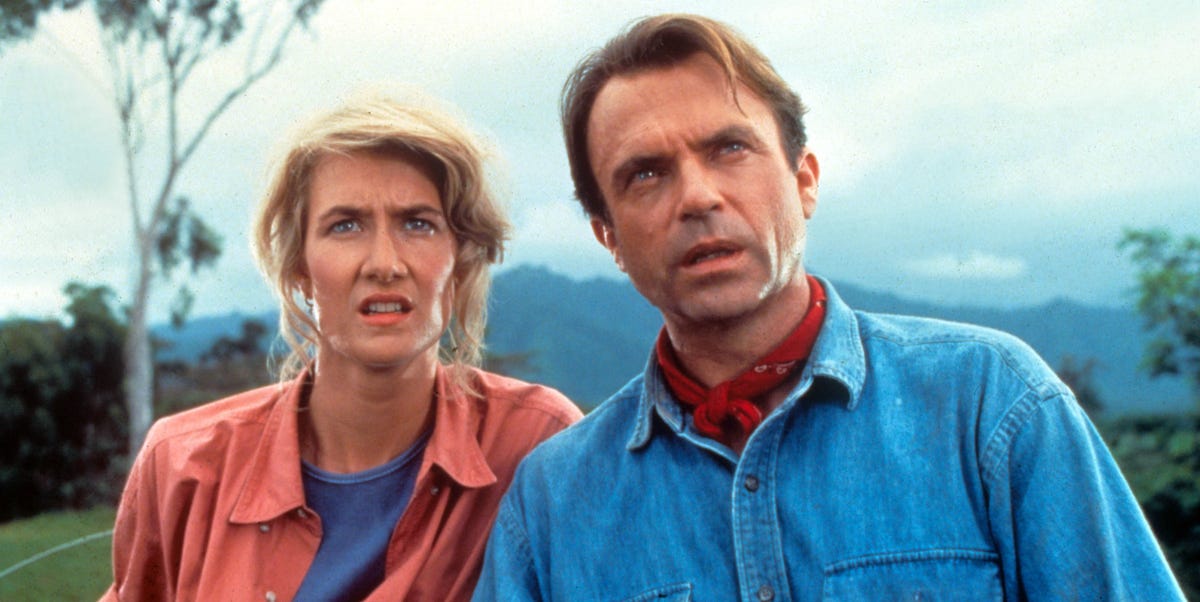 Laura Dern has said the age gap between her Jurassic Park character and Alan Grant was inappropriate.

Laura Dern played Ellie Sattler in the original Jurassic Park movie. Her partner in the film, Alan Grant, was played by Sam Neill. But when Jurassic Park came out, Dern was just 23 while Neill was 20 years older than here.

Dern discussed the relationship in an interview with the Times, where she brings up the significant gap in their ages. Neill said “I am 20 years older than Laura”, which prompted her response.

She said at the time that was a “completely appropriate age difference for a leading man and lady. It never occurred to me until I opened a magazine and there was an article called ‘Old geezers and gals…

“Well, it felt completely appropriate to fall in love with Sam Neill. And it was only now, when we returned in a moment of cultural awareness about the patriarchy, that I was, like, ‘Wow! We’re not the same age?’ Our age gap in Jurassic Park was completely inappropriate.”

The pair ended up splitting up by the third Jurassic Park movie, but they’ll be meeting up again soon. Dern and Neill are both reprising their roles in the new Jurassic World: Dominion movie. They star alongside Jeff Goldblum and Chris Pratt.

Apparently, in the original script Ellie was supposed to be in her late twenties and Alan was in his thirties. However, the age difference between the actors ended up being much bigger. Of course, at the time it wasn’t really thought about much.

It’s unknown how much of the upcoming film will focus on the returning characters. It’ll be sure to at least mention their relationship though, so we’ll have to see how they approach it. Jurassic World: Dominion premieres on June 10th, 2022.