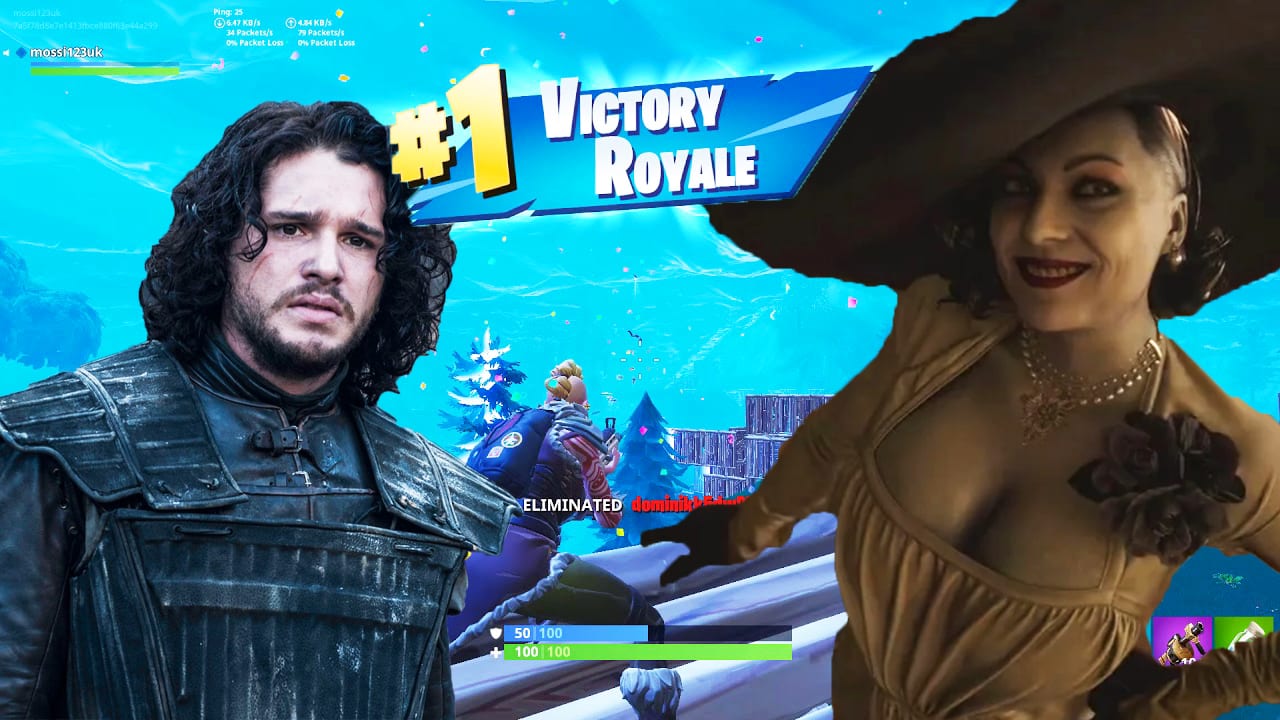 Epic Games seem to be testing the waters for more ambitious Fortnite crossovers, and everyone’s favourite Lady Dimitrescue is on the list.

Occasionally, the developers of Fortnite issue a random survey to its players. It’s intended to gauge the popularity of certain characters and franchises, presumably to decide which crossover events to prioritise.

One of these surveys last surfaced in March. Not all of the characters listed in the previous survey have made it to Fortnite, but some have. Most notably, Aloy from Horizon Zero dawn now features as a pivotal character in one of the recent Fortnite updates.

A new survey has surfaced on Twitter with an extensive list of characters from sports leagues, video games, TV shows and comic books.

Some of the most notable characters on the list include Lady Dimitrescue, the incredibly tall lady from Resident Evil Village that the gaming world is infatuated with. She’s a terrifying ordeal to handle in the latest Resi instalment, and it’d be fantastic to see her stomp around the Fortnite island.

While some of the survey suggestions sound feasible for a Fortnite crossover, others seem far less likely. For example, both Ryan Howard and Angela Martin from The Office (US) show are mentioned. Don’t get me wrong, I’m living for the potential of that crossover. However, it seems far less likely than somebody with as much prowess as Lady Dimitrescue to appear in Fortnite.

Other possible crossover franchises include The Witcher and Game of Thrones. With a new prequel series to Game of Thrones in the works, the timing could just work out for Epic on that one.

As before, these survey suggestions are not concrete evidence that the characters will make an appearance in Fortnite anytime soon. Their purpose is simply for Epic Games to gauge which franchises would garner a better community response.

Still, we can dream about getting chased by Lady Dimitrescue in Fortnite. She certainly hasn’t left my nightmares for the last week…