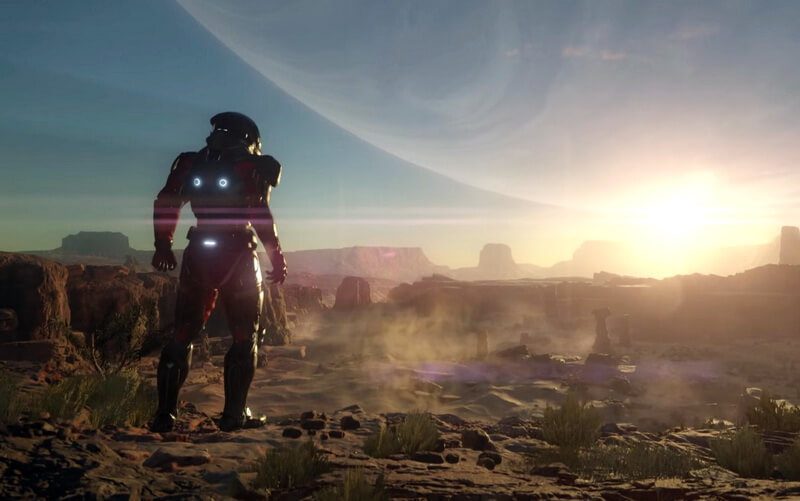 The first full-fledged gameplay footage of the all new Mass Effect: Andromeda was shown by EA during the PlayStation 4 reveal event. The footage was run on the brand new PlayStation 4 Pro in 4K.

You can see a cyberpunk ruin which doesn’t look like from this world being explored by a character in the video footage of the game. The character can also been seen scanning plants for information and uses a jetpack which helps in mobility.

Some squid like things which resembles the Sovereign from the Mass Effect 1 can also be seen in the gameplay footage.

You can have a look at the game play footage of Mass Effect: Andromeda below: