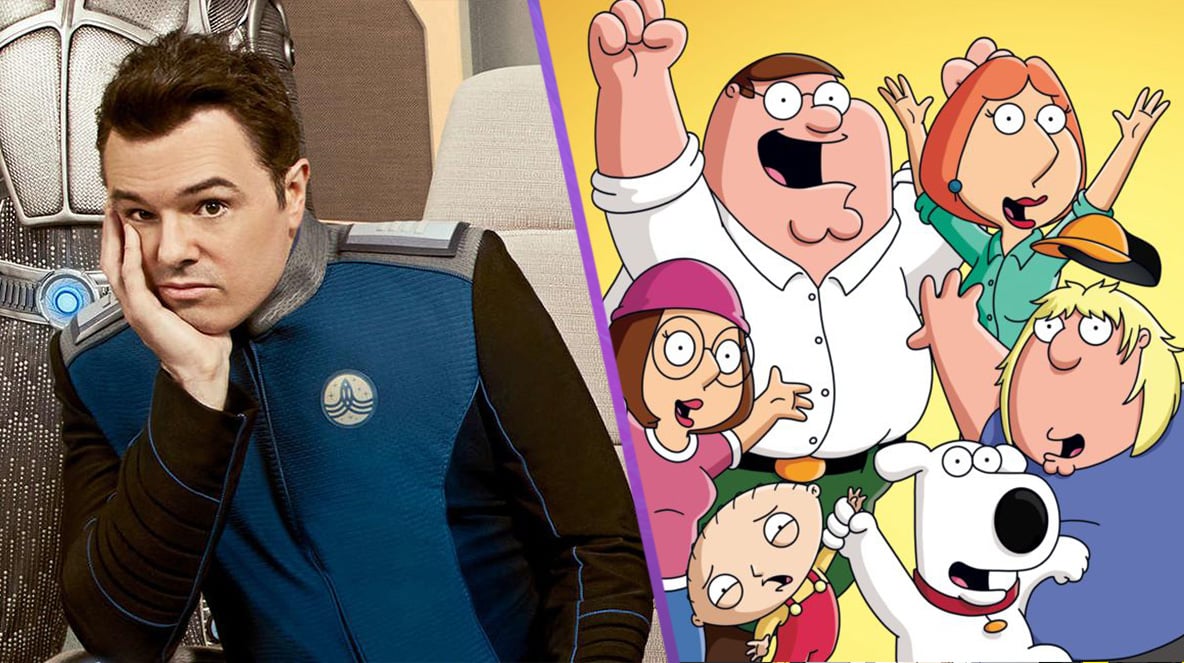 Family Guy creator, Seth MacFarlane, says his relationship with FOX is “difficult” and that he “has a lot of objections to their practices”.

As reported by Comicbook.com, Seth MacFarlane appeared remotely at the Produced By conference. The annual conference took place over the weekend (Saturday, June 11 and Sunday, June 12 2022).

At the conference, Seth MacFarlane discussed FOX, politics and all-things Family Guy. He appeared in conversation alongside the president of Fuzzy Door, Erica Huggins.

McFarlane said “My overall reaction – and – I know I’m not alone – to what [FOX] does and how they communicate what they choose to communicate and what they think is acceptable is. I have a lot of objections,”.

While the Family Guy-creator may not agree with FOX’s views on gun violence and human rights, he confirms he’s not actually against everyone at FOX.

According to Brittanica, Seth MacFarlane began his relationship with FOX in the ’90s. He was asked to create a cartoon series based on his student film, The Life of Larry. This collaboration would eventually lead to the creation of the American sitcom, Family Guy.

About collaborating on Family Guy with FOX, MacFarlane reportedly says, “I dump on FOX a lot, but I will say the whole time I was there, no one ever tried to censor the show politically”. He continues, “There’s a very laissez faire attitude that worked great for us…I was never censored and I was never pressured to project a different political outlook.”

Despite having creative freedom, he apparently still has “a lot of issues and a lot of objections to [FOX’s] practices”. However, it seems to be the News division of FOX that he loathes most.

He conveys this by reportedly saying, “Certainly, the news division and the entertainment division operate relatively independently of each other, and that’s something that allowed a lot of us to sleep a little better.”

Despite this negativity, the 21st season of Family Guy is due to air via FOX on September 25 2022.

Since 2005, McFarlane has worked on the show full time, even though the creator stepped away in 2011 to work on his film, TED, but still provides voiceover (as mentioned in a WIRED video). He also created animated shows, shows American Dad (2005) and spin-off The Cleveland Show (2009).

MacFarlane has gone into live-action television as well creating The Orville, a space-adventure workplace comedy of which he also stars, airing since 2017 and is now in its third season.

As of writing, the 21st season of Family Guy hasn’t been confirmed. Will Seth McFarlane continue to collaborate with FOX after his appearance at the Produced By conference? Watch this space.