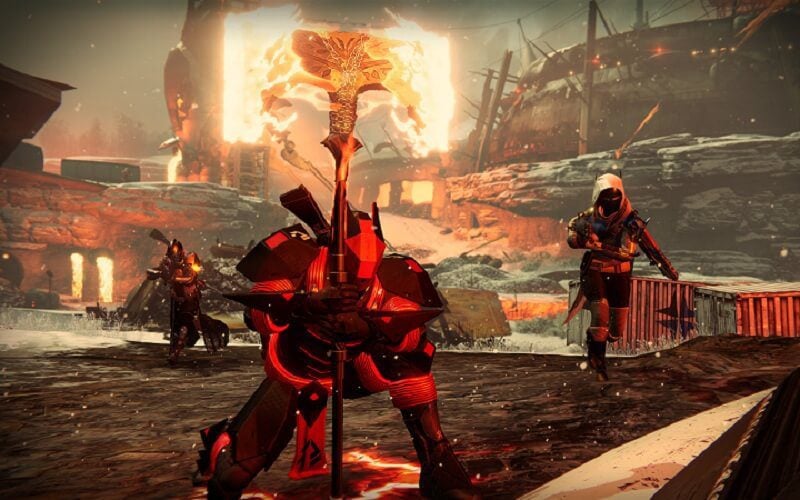 Bungie have already started rolling out the update 2.4 for Destiny. The update is being rolled out in preparation for the launch of the Rise of Iron expansion. The update will also bring in a host of changes for the weapons of the game.

Bungie is set to make changes to every weapon in the game. Some of the weapons will be improved, therefore making them more useful in PvE or PvP. On the other hand, some weapon classes will have their viability taken down a bit.

Here are the details about the weapon tuning update in Destiny.

In exotic weapon class, remarkable changes are being made in Thorn and Universal Remote. Bungie have decided to curb down the base range of Thorn by 25%, which will reduce its effectiveness. Thorn was known as a over-powerful weapon among the fans before.

In case of Universal Remote, the base range has dropped, whereas the rate of fire has increased. Earlier, Universal Remote was one of the most preferred weapons because of its range and damage. This change will definitely decrease the viability of the gun.

Primary weapons in the upcoming DLC, Rise of Iron will be made more effective. The update is set to make the primary weapons somewhat viable than before.

In the mid-tier pulse rifle class, the guns will get an increase in damage. In the previous update guns like Nirwen’s Mercy were nerfed which resulted in them getting outclassed.

On the other hand, in the hand cannons class, the low rate of fire will get their range increased. Till now Bungie hasn’t mentioned anything about addressing the inconsistencies that the hand cannons had in terms of hit detection.

There is some bad news for the sniper rifles. The mid-tier snipers has been made less effective in many ways. Now, the mid-tier snipers like the 1000 Yard Stare and the Longbow Synthesis won’t be able to kill a Guardian, who have full armor even with a head-shot while they are in their Super.

When under fire, it will now be tougher to pull off an accurate shot because the flinch has been increased for snipers. The aim assist has also been turned down for mid-tier sniper in such situations.

The shotguns which have higher than average rates of fire will have some increase in their damage. Apart from that the rest will remain unchanged for them.

In the sidearm class there will new options. Sidearms will be the weapon that will receive most changes and will become more useful than before.

On the other hand in the high rate of fire machine guns the damage has been increase. This will let them beat the primaries effectively.

Other than change in the snipers, the rest of the weapon changes in Destiny looks fine. Most of the changes looks like meaningful. We’ll only know much about this tuning when we have a first hand experience of the update with Rise of Iron DLC..

Here are the full patch notes:

Doubling down on a Titan’s role to hold the front line, Fabian Strategy users will now be able to hold down the trigger to melt enemies until there are none left.

Since we are bringing back Thorn for Rise of Iron, it was worth re-evaluating its place in the weapon ecosystem. What are Thorn’s strengths?

To avoid a repeat of year one, we decided to remove one of those elements from the equation.

An exotic shotgun not gated by the special ammo economy was already a dangerous tool, but as players honed their mastery over the strong mobility options that Destiny has to offer, a hair-pulling combination was born. A range reduction helps bring the efficacy of these sorts of tactics down a bit.

Fitting in with the retune of Sidearms (see below), Dreg’s gets a little bit more love.

It is intended that Touch of Malice still shine best in King’s Fall, but outside of the Raid, clever players figured out how to avoid Touch of Malice’s single drawback by imbuing themselves with the Blessing of Light – but the Darkness has been boiling stronger within the gun…

This super versatile weapon receives another tool in its kit.

No Time to Explain

I’m going to respect the spirit of the weapon with this one.

Snipers are being utilized extremely effectively in both the Crucible and against the Minions of the Darkness. However, one family of Sniper Rifle stands out from the rest–the mid-high impact family of sniper rifles (of which 1000-Yard Stare and Y-09 Longbow Synthesis belong). Let us evaluate the benefits of the family:

The resulting Sniper Rifle has all the strengths of other families but without the drawbacks. To spread the power a bit, we touched two elements:

“You get the drop on an enemy sniper, reducing him down to a pixel of his life. Right before you pull the trigger for the last bullet to exit your scout rifle’s chamber, you see the glint and hear the sound of your head turning to mush. You raise your fist in the air and release a silent scream so as not to wake the baby.”

With new Auto Rifles being introduced in Rise of Iron, playtests revealed a decrease in the importance of reloading – high rate of fire Auto users had enough bullets for multiple encounters. We do not want players feeling starved for ammo, but creating an opening for opponents to attack is an important part of the “combat dance” for Destiny. Middle rate of fire Autos also received a small damage boost to help with damage falloff, but the resultant damage does not drastically change its time to kill.

While strong against combatants, fast firing Shotguns have generally experienced low up time in PvP. The following changes are meant to sweeten the value proposition, starting with everyone’s favorite Titan class weapon.

With high rate of fire Pulse Rifles being strong contenders in the crucible, we put our lens on the mid and low rate of fire models, nudging them slightly forward while still maintaining Pulses around the three burst kill.

When evaluating player loadout data across the game, we can see that Sidearms are being underutilized. With 2.4.0 we aim to change that, pushing Sidearms to shoot further, faster, and more predictability.

While super satisfying, Cluster Bombs are not always super reliable. At times, the bombs land inches out of their effective range and hit for single point damages.Grenades and Horseshoes is by and far the most popular Rocket Launcher perk. While decreasing the chance that a rocket misses, it also removes or reduces many of the interesting combat prediction elements that make the weapon archetype interesting to play.By making Cluster Bomb more reliable and Grenades and Horseshoes less effective, we hope to mix up the Rocket Launcher perk selection and inject a bit more technique into the archetype.

The high rate of fire family of Machine Gun really hits the fantasy when it comes to face melting crowd control weapons. Increasing their DPS will also help them shine in other scenarios as well (i.e. boss battles).

You will only find small bug fixes for 2.4.0 for this weapon category. However, as a preview to Rise of Iron, newly minted low rate of fire hand cannons have a higher maximum possible range stat, giving players a distinct reason to choose that type of weapon.

Again, only small bug fixes. You can stop making that joke now.

After months of collecting player feedback and analyzing usage data, we decided upon a list of perks that could benefit from a refresh. We also decided to reduce the effectiveness of Unflinching, which otherwise would have negated the aforementioned sniper flinch changes without tradeoff. Finally, classic magazine perks like Armor Piercing Rounds now give additional range bonuses.

Destiny: Rise of Iron is scheduled to release on September 20, 2016 for PS4 and Xbox One.