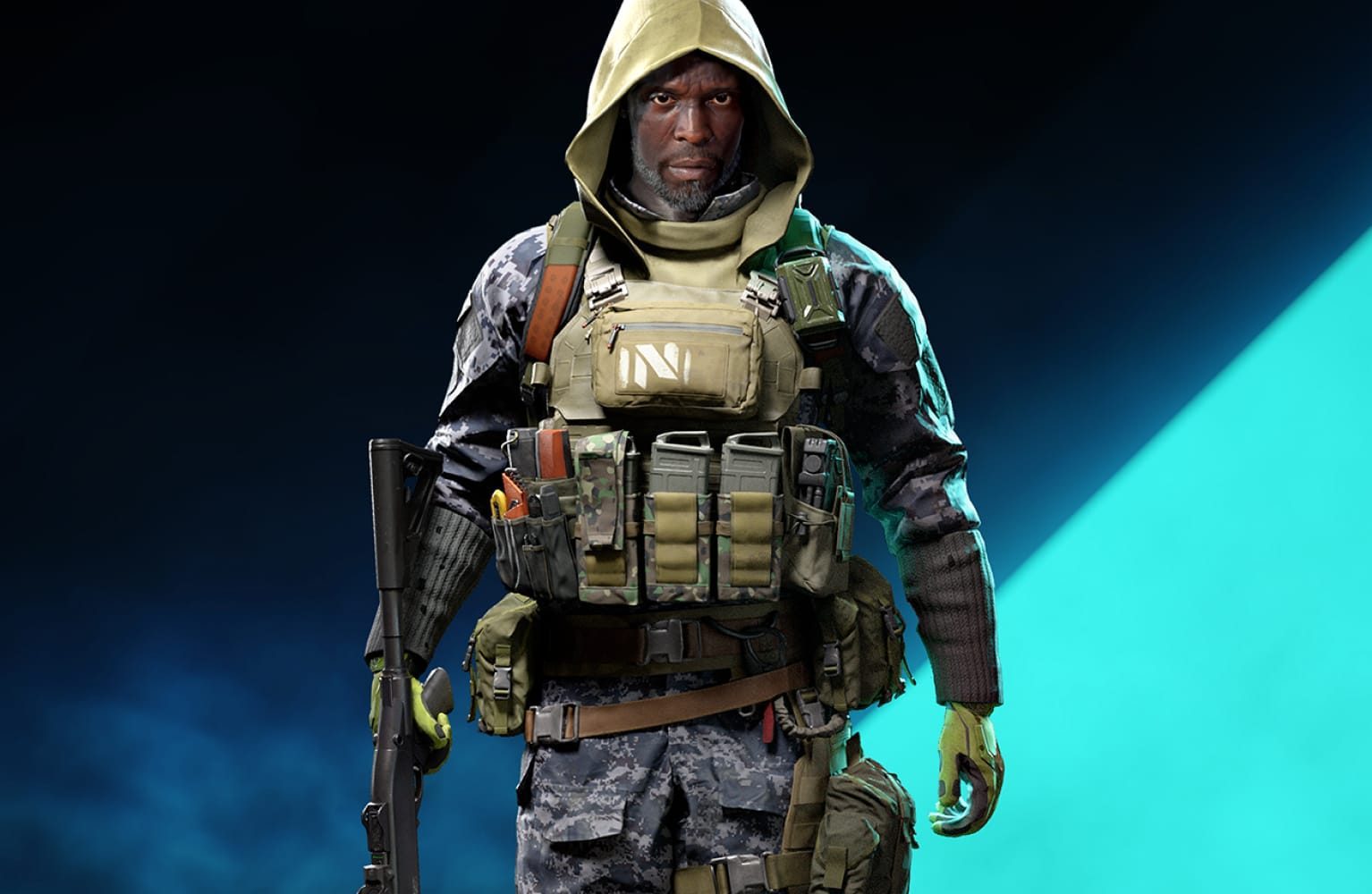 EA gave us a closer look at Kimble “Irish” Graves this week, in the process showcasing how Battlefield 2042 Specialists will impact gameplay.

Last week, EA released its Battlefield short film “Exodus”. The film revealed that Irish from Battlefield 4 would be returning in the upcoming narrative of 2042. However, he isn’t just a background character but will be playable as a Battlefield 2042 Specialist.

We’ve been given lots of information on how specialists will be a huge part of 2042. However, a recent snippet featured Irish in action, showcasing how he and other specialists impact 2042’s gameplay. This particular specialist will be your defensive best friend, with his fortification abilities.

This Battlefield 2042 Specialist Is Shielding Up

Going into more details, Irish’s fortification abilities allow him to place two defensives into the battlefield. The first is the DCS Deployable cover. Placing this shield on any flat surface will give players that brief moment to reload or compose themselves.

A short gameplay snippet accompanying the trailer showed Irish throwing down cover on the fly. The cover seems to be completely bulletproof. However, I suspect that some larger weapons or grenades will be able to dispose of it.

To counter this, however, is the APS-36 Shootdown Sentinel. This is pretty much a trophy system from Call of Duty Warzone, and will defuse any explosive projectiles within range. Much like in Warzone, this will likely find its home on the bonnet of one of Battlefield 2042’s vehicles. It is reported that hacking specialists, such as the recently revealed Rao, or EMP grenade will be able to deactivate the APS-36.

Finally, Irish’s Veteran Trait will grant the specialist a small amount of body armour, which he can pick up from defeated foes.

Interestingly, the Battlefield 2042 Specialists seem to be leaning towards hero characters, similar to those seen in Apex Legends, Rainbow Six Siege, Overwatch. I think this has major potential to create a dynamic Battlefield experience.

Hopefully, we will hear more information on Battlefield 2042’s other specialists soon. But with the beta potentially just a few weeks away in September, we can’t be too far away from learning more.

Do you like the direction Battlefield 2042 is heading with Specialists? Let us know over on our social channels!