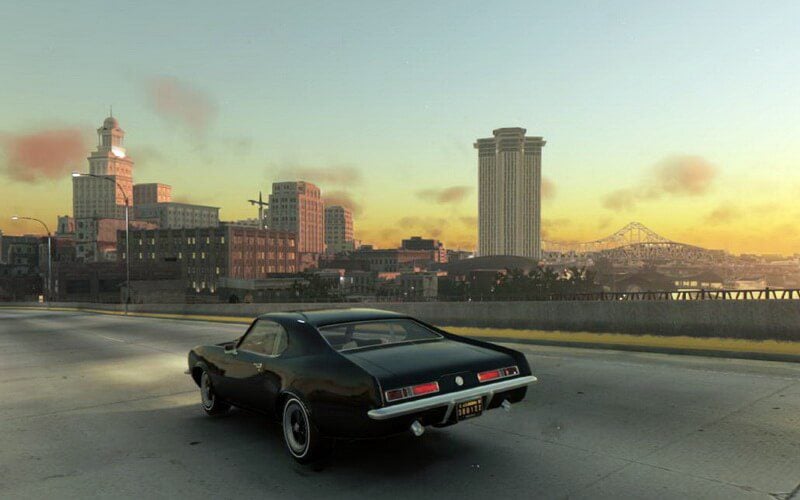 Tom Clancy’s Ghost Recon Wildlands is one of the most anticipated open world games which is set to release in March next year. The upcoming tactical third person shooter game has been developed and published by Ubisoft Paris and Ubisoft respectively.

Although Ghost Recon Wildlands is the tenth installment of the Ghost Recon series, it will be the first one to be have an open world environment.

he game will feature the modern day weapons which are used by the militaries around world along with some original ones. Ghost Recon Wildlands will also have a dynamic weather system and will feature nine different terrains like forests, mountains, deserts etc.

Tom Clancy’s Ghost Recon Wildlands is scheduled to released on March 7, 2017 for Xbox One, PlayStation 4 and PC.

The second game to feature in this list is Mafia 3. The third person action adventure game is developed by Hangar 13 and published by 2K Games. Mafia 3 is the third installment of the Mafia series and is set way back in 1968 in the city of New Bordeaux, which is actually a re-imagined version of New Orleans.

The main protagonist of Mafia 3 is Lincoln Clay, who is a biracial orphan and had served in the Vietnam War. Mafia 3 will allow the player to explore its massive open world feature where they can use various approaches such as stealth to complete their objectives.

Another largely anticipated open world game is Horizon Zero Dawn. Horizon Zero Dawn is an open world action RPG which can be played from a third player perspective. The game has been developed by Guerrilla Games and published by Sony Interactive Entertainment.

Horizon Zero Dawn went into development for the first time back in 2011. However, Guerrilla Games took a lot of time in finalizing the story of the game. More than 20 stories were written for the game with different characters before John Gonzalez, the lead writer of Fallout: New Vegas was hired.

In the game, the players will need to play as Aloy, who is a hunter and an archer passing through an post apocalyptic land which is ruled by the Machines. The Machines are actually the robotic creatures which composed of an unique metal. The protagonist, Aloy also has the capability to use different creatures as vehicles or companions in the game.

The next game to feature in this list is sandbox style shooter game Crackdown 3. Crackdown 3 is developed by Reagent Games and published by Microsoft Studios and can be played from a third person perspective. Crackdown 3 is the third installment of the Crackdown series and will continue with the story of Crackdown 2 which was released in 2010.

The highlight of Crackdown 3 is that everything in the game is destructible. The game is powered by Microsoft Azure and focuses on mass scale destruction.

Crackdown 3 was first announced at 2014 E3 and was revealed during Gamescom 2014. The game is scheduled to release in 2017 as an Xbox One exclusive.

The sequel to 2014 release Watch Dogs is set to release this year. Titled as Watch Dogs 2, the action adventure game has been developed by Ubisoft Montreal and published by Ubisoft.

The game has been set in a city which is the re-imagined version of San Francisco and the players needs to take control of Marcus Halloway, who is a hacker. The game will have the same stealth elements as its predecessor and can be played from a third player perspective.

Watch Dogs 2 will also contain six different areas viz. Civic, Coast, Oakland, Marin, and Silicon Valley which will have characteristics and aesthetics of their own. The players will also have access to different vehicles and weapons in the game.

Everyone went crazy when Spider-Man was announced in this years E3. The game has been developed by Insomniac Games and will be published by Sony Interactive Entertainment. The Marvel’s superhero based game is currently under full swing development and is expected to release next year.

The gameplay of Spider-Man will mainly be based on his parkour abilities. The players will also be able to use Spider-Man’s other known abilities such as wall crawling and web slinging. The game is set in an open world New York city.

Spider-Man is expected to release next year for PlayStation 4.

Steep is another open world game which is widely anticipated. The open world extreme sports video game has been developed by Ubisoft Annecy and published by Ubisoft and will have its main focus on winter sports.

Steep is scheduled to release on December 2, 2016 for PlayStation 4, Xbox One and PC.