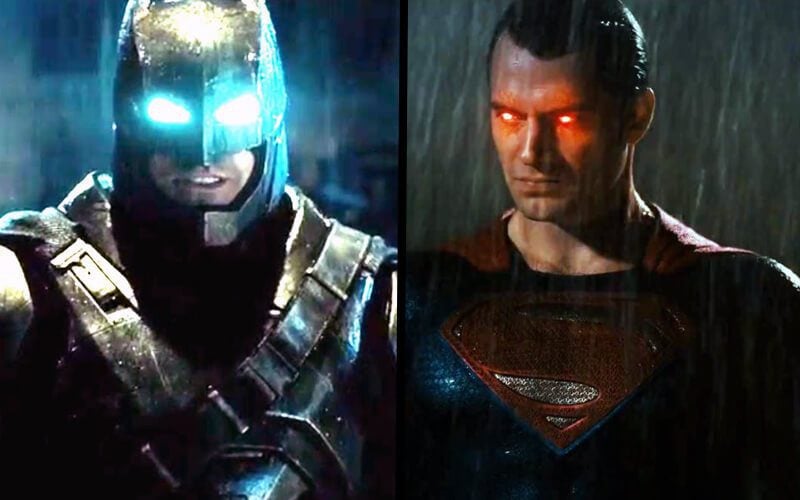 Warning: This article might contain minor spoilers. You’ve been warned

After months of hype and anticipation, Batman Vs Superman has finally released. Personally, I’ve been a huge Batman fan all my life (I don’t mind Superman either) and had been looking forward to watching this movie since its announcement.

I’ve had some doubts initially when Ben Affleck was announced as the actor chosen to portray Batman since his last outing as a superhero wasn’t really impressive (Daredevil). However, the first trailer looked good enough and I thought it might actually turn out to be a good movie.

I mean, what possibly can go wrong when you bring together two of possibly comic books’ greatest heroes in the same movie? And promise to actually make them fight it out against each other? This was a dream come true for almost any comic book reader worth his weight.

Fast forward to today and here I’m writing this opinion piece, distraught at the fact that this movie was everything I hope it won’t be and then some. It was literally a nightmare for me siting through 170 odd minutes watching how it destroys characters that seemed almost invincible.

The movie was supposed to be this grand fight between Bat of Gotham and Man of Steel. An orphan that has nothing to lose and stands up for everything that he believes in and an alien who is all powerful yet grounded and vulnerable. The writers could’ve come up with a great story to showcase these qualities but instead they chose to put in a context that not only makes no sense but goes against everything that both these heroes stand up for.

The movie makes them look like lunatics who are bound by jealously and insecurities that these heroes were meant to repel throughout the history of their portrayal in the comic books. It is more of a cash grab and less of an actual attempt in bringing together both these heroes in a single movie that actually makes sense.

Too many sub plots

Even the most hardcore comic book buffs would have a tough time trying to make sense of this movie. There’s just so many things going on at the same time. The movie is more of an platform builder for every other DC movie coming out in the near future than being a movie about Batman and Superman.

It tries to fit it every possible sub-plot giving you insights about what’s coming next. It almost looks like a poorly made commercial for upcoming DC movies at times and everything is put together in such a fashion that nothing makes any sense and even if they do, doesn’t seem interesting at all.

Yeah, I know I’m going to get flak for this but I’m going to say it. This movie is less of Batman Vs Superman and more of The Punisher Vs Superman. I mean the world’s greatest detective going after Superman because he feels he might turn rogue? That’s it? And if that’s not stupid enough. He is seen killing people by the dozens here. Doesn’t mind blasting his way through enemies to get the job done and shows no sense of morality until his dead mother’s name is thrown into the equation (no really).

The death knell? The Bat now puts a tag on his victims by pressing a red hot Bat symbol into them that serves as an identifier in prison. As the movie itself says, it’s like a death warrant for prisoners. This is definitely not the Batman we know and love.

You’ve to feel for Ben Affleck. The poor guy seems to have worked as hard as possible to look every bit as Batman and he does a great job looking the part. Not only does he have a physique that can give even Superman a run for the money but he digs into the skin of the Bat.

However, Batman in this movie is meant to be this semi-lunatic vengeful guy who has the same stone cold expression throughout and isn’t allowed to show any kind of emotion. He is this badass who uses guns as willingly as batarangs and won’t stop at anything to ensure Superman ends up dead for reasons beyond logic. The same goes for Superman and Wonder Women who look the part but has almost nothing to work on.

The worst offender is Lex Luthor. The guy is an amazing actor and does whatever is possible with a character that looks like a poor duplicate of the Joker from the Dark Knight. This is just pathetic.

Both the heroes seem to have a lot of dream sequences that make no bloody sense. If you’re a great comic buff, sure, you can grasp whatever the hell they’re trying to explain via them but for the average joe, they’ll just break the flow and experience of the movie.

Batman especially is made out to be a lunatic who has all kinds of weird visions because, hey, Superman. Even Superman isn’t spared and is seen having a few visions himself because the writers had nothing better to put into the film.

The movie is about Batman Vs Superman but the final battle isn’t between them. What we get instead is merely 5 minutes of a fight sequence that is the result of a plot that made no sense and is quickly overshadowed by a larger threat instead.

This larger threat was already revealed in the bloody trailers as being Doomsday. An enormous poorly created CGI being that looks like it was put into the movie at the last moment once the producers realized they’ve made up an abomination of a film which runs more like a commercial for the upcoming Justice League and other DC movies than a Batman Vs Superman movie.

It is the final nail in an already well built coffin and by the time the end credits roll you wonder what exactly you have watched. What was supposed to be one of the greatest superhero movie experiences of your life had turned into a nightmare by now.

I really don’t know who to blame. I loved Zack Synder’s work until this movie. The guy wasn’t always the best person to get the job done but at least he had his own unique way of doing it. This movie changes this drastically.

Now, he seems like a puppet that is working as per a brief by corporate bigwigs that have no bloody sense about anything but to cash in on the theme of a “Batman Vs Superman” movie.