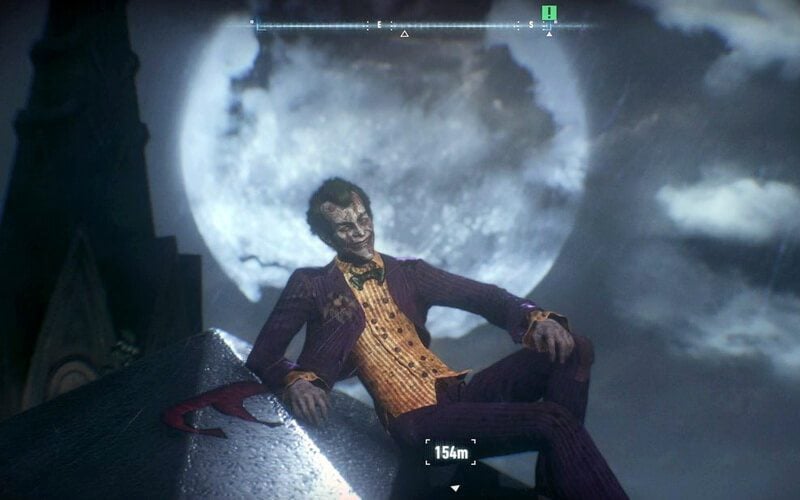 As gamers we like the simple things in life. We also really like things that appear for no apparent reason in our games – or easter eggs as they are more affectionately known. Easter eggs don’t particularly hold any bearing on the game themselves, but they are pretty cool to find, that or they creep the hell out of you, like the ones on this list.

We’ve all played Witcher 3, and it’s an awesome game – but have you noticed anything eerie about the angel statues at the church near Lindenvale? Do you ever feel like they are following you around?

That’s probably because they are. That’s enough to creep even the bravest of adventurers out. This seems to be a homage to Dr. Who’s weeping angels, and try and check them out whilst you can as they do eventually disappear completely.

Batman isn’t particularly a franchise you’d associate with hidden easter eggs, however, it appears that it has one that involves Joker. We’ve seen his incineration, but there is a hidden alternative.

Play through the start scene again, only this time wait for the song to finish before hitting the requested button, if you time it correctly Joker springs back to life, you see his skin melting away whilst he laughs, which eventually becomes lost in the fire.

Who would have thought about this? Paper Mario was one of the most child friendly games of the franchise – or was it? Japan’s version of the game featured a murder scene, I kid you not.

If you have the Japanese version (as it was removed for other regions), head to the messy shed in the back alley of Rogueport’s central plaza (behind Podley’s juice bar) and you will see a chalk outline of Toad on the floor – complete with blood stains. Poor Toad.

Bit of a dual point for you here. Most people have had a go at Animal Crossing & Harvest Moon, most people have watched TV on the game because, well, why wouldn’t you? Well, on Animal Crossing do you dare watch the TV at 3:33am? If you have, you’ll know that you aren’t watching it, it’s watching you, or at least it appears an alien is. Kind of messed up for a children’s game.

Harvest Moon’s easter egg is relatively similar, only watch TV one hour and eleven minutes later (4:44 for those that don’t do maths that well). Instead of something watching you back, you get the number 4 repeat itself over and over in both Japanese, and English. Why is ‘4’ scary or creepy? In Japanese 4 also means death.

There were a lot of stories about this one being on GTA V, and it has been worked out to be the ghost of Jolene Cranley-Evan’s, wife of Jock Cranley, who you will quite often see on billboards, and head about on the various radio stations on the game. The ghost can only be seen between 23:00 and 00:00 on the game’s clock, and is only visible through your phone camera, or a sniper scope and if you get too close she disappears because she clearly has intimacy issues.

Not only does her ghost appear, if you try to run to the ghost she will disappear, look down at the rocks where she was floating – you will see the word “Jock” written in blood. The story is that Jock was an aspiring stuntman, and when Jolene refused to move to Los Santos with him he decided to push her off of the mountain, nice guy.

Not only this, it has been reported that you can hear her screams from the camp site next to Ursula’s house – others have reported hearing her whisper to players. This is apparently based on the true story of Mount Gordon.

Another unexpected one for the list is Pokemon X&Y. This one features a girl that follows you out of an elevator in Lumiose City. As you walk around her, the music will stop and the screen will flash and a creepy looking girl will float by you and always say “no, you’re not the right one” and then disappear. Unsure if she’s a ghost, or every woman I’ve ever been with, who knows?

Hopefully you’ll be able to sleep at night if you go hunting for any of these. As always, we’ll be on the lookout for more creepy (and not so creepy) easter eggs so make sure you keep checking back for updates.