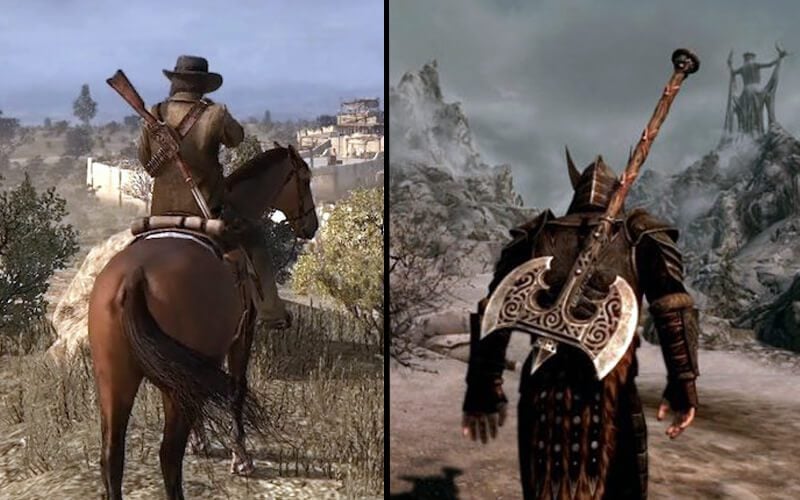 One of Rockstar’s most loved games was Red Dead Redemption. The game, which is also the second installment of the Red Dead series was released in 2010 and widely accepted by the audience. Since then, people have been waiting for the next Red Dead game and it seems like their wait is finally going to be over.

There has been lots of news and rumors around the next Red Dead game for quite some time now. Even the developers of the game, Take Two had suggested earlier that E3 2016 is going to be a big event for them. These are some clear indications that we can expect some good news on this matter this E3.

Resident Evil series once gave us fantastic games, but the last two installments were real letdowns. The best Resident Evil game according to me was Resident Evil 4 which was released back in 2005.

The follow up to that, Resident Evil 5 released in 2009 was an average game which definitely couldn’t meet the expectations. The most recent game of the series was released in 2012 as Resident Evil 6 and it was a horror show. The game was even inducted to the list of the worst gaming titles ever.

This is high time for Resident Evil developer Capcom to bring the franchise back on track with a good game. We have also been hearing various rumors about the game for some months now. If the rumors are to be believed, Resident Evil 7 might well be announced at this years E3. Let’s be optimistic for the time being and hope something like this happens.

All the Forza games are Xbox exclusive and the franchise is regarded as Microsoft’s answer to Sony’s famous Gran Turismo. The Forza series has already been successful in competing with its rival and has sold over 10 million copies since its inception in 2005.

Off-late we have been hearing a lot of rumors regarding the next game of the franchise and it is tipped to be Forza Horizon 3. The last Forza game was Forza Motorsport 6, which was released in 2015.

From the recent build ups on the game, we can almost assume that Forza Horizon 3 would be unveiled at E3 2016. There are also reports that the next Forza game would also be released for PC. Well, we have a lot of things to look forward to.

The Assassin’s Creed series is undoubtedly one of the best stealth gaming series around. The franchise releases games almost every year but this year they have taken a break, which can be termed as a much needed one.

The last couple of years has been a bit harsh on the franchise as they constantly failed to live up to the expectations. The last game, Assassin’s Creed: Syndicate however was said to be an improvement by the critics.

Developer Ubisoft has definitely taken this break to restore the lost glory of the series. There has been strong reports and rumors circulating around that the next Assassin’s Creed game would be Assassin’s Creed: Empire and will be released in 2017. If this is true then, we can certainly hope that Ubisoft would announce the game during E3 this year.

The fans have been eagerly waiting for the revival of their beloved Crash Bandicoot series since the last couple of years. Although, there was a lot of speculations in the past years, the game didn’t happen probably because of the franchise rights issue. The rights which were held by Sony earlier are now owned by Activision.

However, the good news for the fans is that Activision and Sony are in good terms now which could make this project see the light of the day. To add to this, the recently released game Uncharted 4 also dropped an easter egg about Crash Bandicoot. There is a possibility that Crash Bandicoot will be revived as a PlayStation exclusive and we hope know more during E3 in a couple of days.

PlayStation 4 Neo and Xbox One Scorpio

PlayStation 4 Neo and Xbox One Scorpio are the mid-cycle upgrade that is planed for the two consoles. This can be a path breaking step for the console gaming industry if this goes on to happen.

Well, the next thing that has to be considered is how the public reacts to this idea. There is a huge possibility that these upgrades will be announced in this years E3. Let’s just wait and watch.

Dead Rising 4 has been in the news since quite a bit now and it has already been unofficially confirmed. The game, which is going to be the fourth installment of the franchise, has seen its content being leaked a couple of times already. The previous Dead Rising game Dead Rising 3 was released in 2014 and it received relatively positive reviews.

We have also learnt that Dead Rising 4 is going to be the first game of its series to be built on Unreal Engine 4. The game is also rumored to be the remake of the original Dead Rising game which was released in 2006, with the four player co-op feature. If the remake thing is for real, it’s definitely time to get excited. We hope developers Capcom confirms the game at E3 2016.

Another exciting prospect this E3 will be Borderlands 3. The Borderland series is already a very popular one among the fans which introduced a refreshing idea in the Action RPG gaming segment. The original Borderlands was a massive hit and its follow up Borderlands 2 fared well too.

This time around we can expect Borderlands 3 to be announced at E3, because developers Gearbox themselves said that the game exists. They however mentioned that they will start the development of the game only after the works of Battleborn are finished. It might definitely need some time but we still expect to see a glimpse of the game soon.

This might come as a surprise for many but the recent rumors suggest that Prey 2 is in development again. The game which was the sequel to the 2006 release Prey was initially developed by Human Head Studios and was to be published by Bethesda. The game, however was eventually cancelled by Bethesda in 2014 after being in three year of development.

After Bethesda officially cancelled the game, the game was almost forgotten until rumors emerged indicating that the development of the game has been started from scratch by Arkane Studios.

It also suggested that the new game will have a completely different storyline and will not serve as a sequel to Prey. There were also reports that Prey 2 will be a spiritual successor to System Shock 2 instead. If the rumors are somewhat true, we can hope for the confirmation on the game at this year’s E3.

Dead Space developers Visceral Games has been working on a new Star Wars project along with Amy Hennig who is known for her contributions to the Uncharted series. Although there has been a lot of speculations, we have heard only a little about the game till now.

The excitement of the fans for the game has further increased because they will get a Star Wars game which has Amy Hennig’s story telling and Visceral’s style touch. We will keep our fingers crossed hoping that we get to know more about it in E3.

Beyond Good and Evil 2 is the sequel to the 2003 release Beyond Good and Evil. The game has been in development for a long time as it was announced way back in 2008 at an event. Down the line the game faced a number of setbacks which delayed it for around eight to nine years.

However, there might be some good news this E3 as various rumors and reports suggest that Beyond Good and Evil 2 is finally arriving as a Nintendo NX exclusive. Although Nintendo will be absent from this year’s event, there is a possibility that Ubisoft will announce the game alone. Let’s remain hopeful and wait for E3 to come.

I definitely want this to happen soon. A remaster to the 2011 release The Elder Scrolls: Skyrim sounds amazing. As the developers Bethesda are still concentrated on the post release content of Fallout 4, there is little hope that the next Elder Scrolls game will release anytime soon.

Fraghero can also independently confirm that a very legitimate source has informed us that such a remaster is indeed in development and will contain all released DLC for Skyrim along with the original game.

Rocksteady shot into fame after doing incredible work in the Batman Arkham trilogy. Since then there has been a lot of speculations among the fans on what can probably be their next gaming title.

There has been a lot of confusion over this matter as some suggest that they are currently working on a Justice League or a Ninja Turtles game while others says it is a Flash or Superman game.

Although, we cannot cannot confirm anything yet, some people thinks that a Superman game is on its way as there was an easter egg in Arkham Knight about it. Whatever might be title, we are damn excited and hope that Rocksteady announces it in this E3.

It was already confirmed by Naughty Dog that they were already working on The Last of Us’ sequel. They started their preliminary works on the game even before Uncharted 4 went into development. Since, Uncharted 4 has already released and their involvement in the game has decreased, we can hope Naughty Dog will resume in the development of Last of Us 2.

As the game is supposedly in a very early stage of development, there is little possibility of the developers showing off the game this E3. However, there is a chance that Sony can announce about the existence of the game in the same event much to the delight of fans.

Battletoads was released way back in 1991 and since then the fans has been waiting for the revival of the game. The fans can finally see their dream being turned into a reality as various news and rumors have emerged that the game’s developer Rare along with Microsoft have planned something big.

There are also reports that Microsoft and Rare plans to announce the new Battletoads game in this year’s E3. All we can here is hope and get more and more excited about the fact that a new Battletoads title is on its way and wait till the E3.