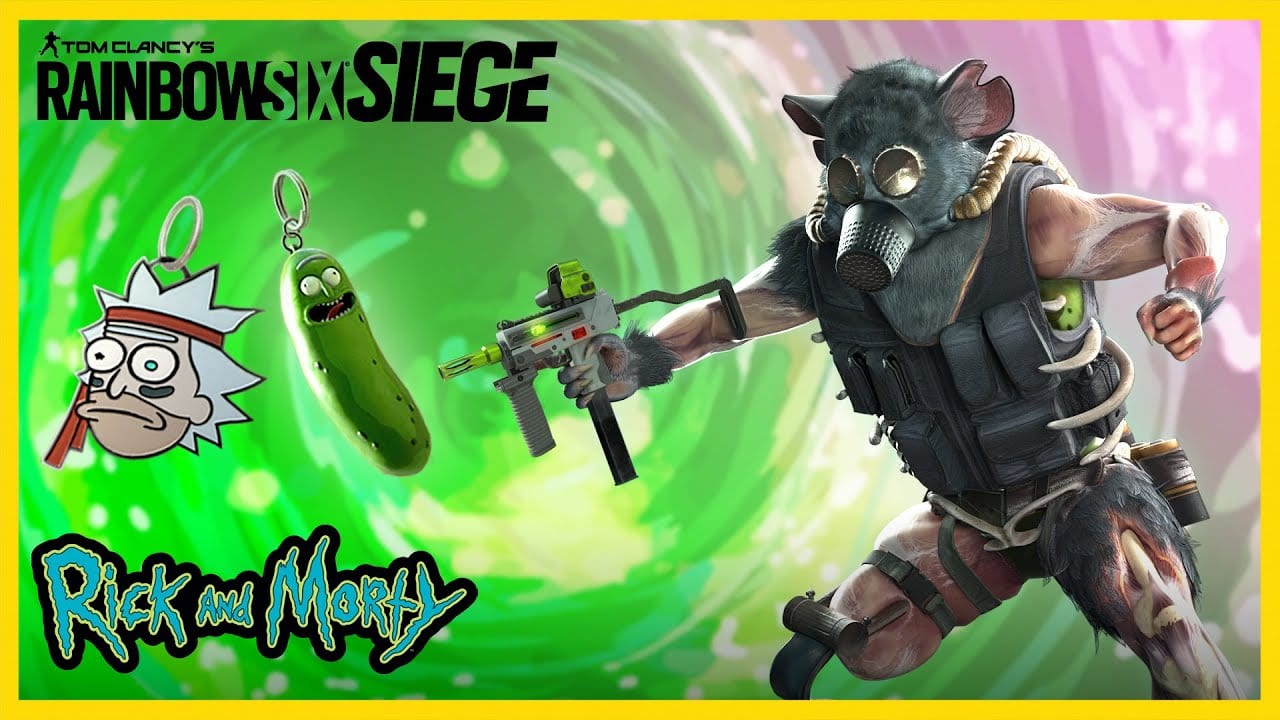 In a bizarre turn of events, Rainbow Six Siege has a crossover event with Rick and Morty.

Two bundle packs are now available in the Rainbow Six Siege store that are inspired by the popular Adult Swim show. Smoke’s bundle makes the character look like the harvested rat suit from the episode ‘Pickle Rick’. Alternatively, there’s the Sledge bundle which includes a look similar to that of a Gromflomite, the bug-like aliens frequently seen in the show.

Both bundles don’t just include character skins. Each also includes a weapon skin and a few charms with references to the show. There’s a skin for the SMG-11 which mimics the look of Rick’s portal gun, while a skin for the pump shotgun replicates the look of a Federation Defence weapon.

Each pack contains five items but it’s not possible to purchase them individually. The bundles cost 2160 R6 Credits each. That’ll require a top-up payment of at least £16.99 if you don’t already have any credits on your account. Act fast if you want to grab them – they likely won’t stay in the store for long.

Siege is no stranger to wacky events. Earlier this month, Ubisoft hosted the ‘Rainbow is Magic’ event which included several bright and colourful skins. A redecorated version of the map ‘Plane’ saw players rescuing a captured teddy bear instead of the usually terrified hostage.

Rick and Morty is about to enter its fifth season on Adult Swim in June. It’s grown in popularity exponentially since the series began in 2013. Even billionaires like Elon Musk have time for the show. The self-proclaimed fan got his own cameo in one of the recent episodes.

If you’re interested in the Rainbow Six Siege esports scene, we recently interviewed Team NAVI’s Doki. They gave us some excellent insight into what the life of an esports pro is like and how anyone can improve their skill at Siege.

Will you be picking up one of the Rick and Morty bundles? Let us know across our social channels.