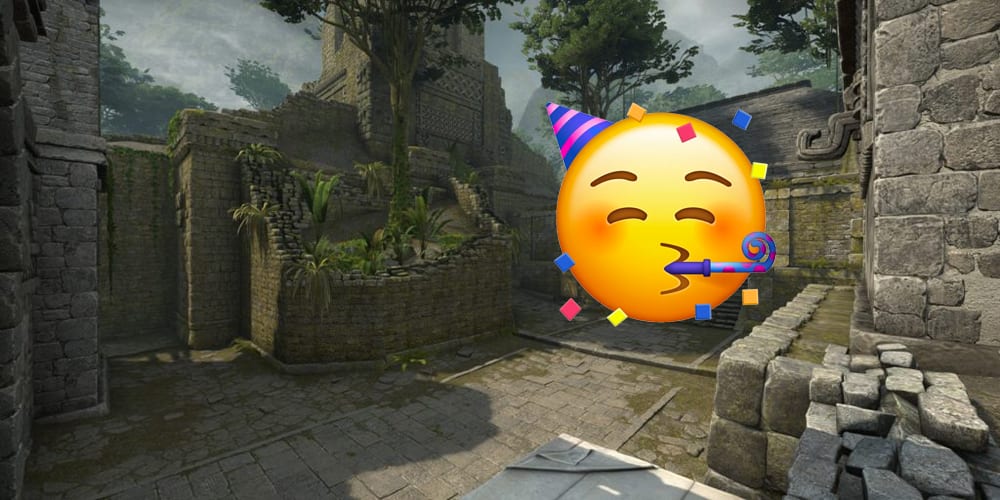 Valve announced last night that the map ‘Ancient’ will be replacing ‘Train’ in the Active Duty group of maps. That’s the collection of maps that professional players play competitively during tournaments.

‘Ancient’ was introduced to the game late last year during ‘Operation Broken Fang’, an in-game event. It’s considered to be a spiritual successor to‘Aztec’, a classic map that appeared as early as the Counter-Strike Beta 6.5.

The map will see some minor changes before it’s added into the active pool. An extra route has been added to the A site from CT spawn. A skylight has now opened up in the tunnel to A site, allowing for utility items to be thrown through it. B site has also seen its bomb site extended slightly.

‘Train’ will still be available to play within CS:GO – it just won’t be played competitively during professional matches for the foreseeable future. When Valve rotates the Active Duty maps, they tend to spend time working on improving the ones they remove before adding them back in.

The reaction from pro players and fans is certainly mixed, to say the least. Teams like the Ninjas in Pyjamas and Team Liquid celebrated Valves decision on Twitter.

Meanwhile, other members of the community, like Astralis, CLG, and a bunch of esports pros are lamenting the switch from Train to Ancient.

Other players remain optimistic. Nicolai ‘dev1ce’ Reedtz, who recently made a shocking move from Astralis to NiP, reminds everyone that Valve has worked its magic in improving maps before:

What else is in the new update?

Elsewhere in the update, Valve is also adding a new subscription service to CS:GO. Called CS:GO 360 Stats, players can pay $1 a month to track their detailed match statistics. It’s intended to help players better understand their objective skill at the game so they can target their practice.

It’s similar in function to the free Blitz.gg application for Valorant and League of Legends that I showcased last month.

The new operation also brings with it a new case, called ‘Snakebite’. It featured 17 community designed skins with a small chance of getting a knife.

All of this is burying the true lede, though. The chickens that roam some of the Counter-Strike maps have finally been reskinned after almost ten years. Truly revolutionary stuff.

What are your thoughts on Ancient replacing Train in the Active Duty pool? Let us know across our social channels.