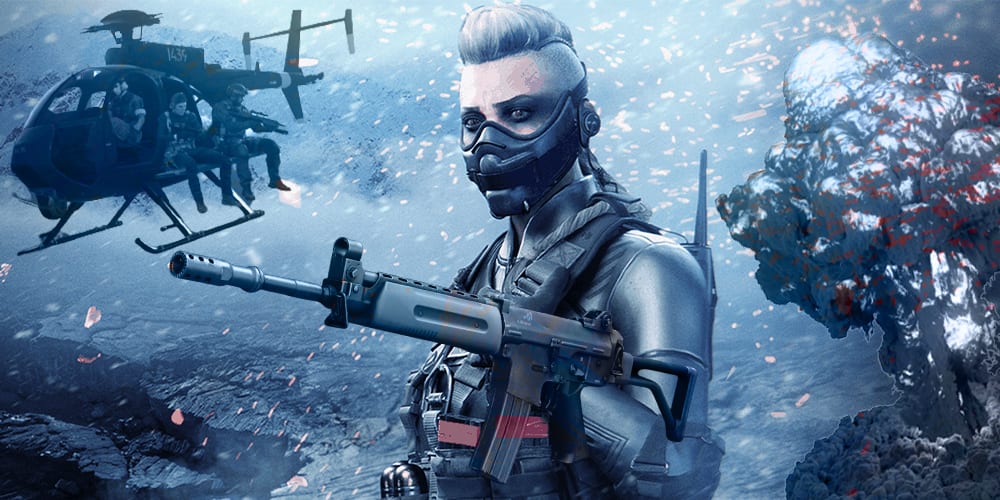 As the dust settles on a new era of Warzone, players are getting to grips with the new meta. Verdansk ‘84 now focuses on weapons found in Black Ops – Cold War, with the clocks flung backwards into the past. While we’ve finally said goodbye to the FFAR and Groza meta, which weapons will be the ones to take their place?

The first thing you’ll notice when you drop into the new map, aside from the new visuals, is that all ground loot is now themed after the Cold War. Every weapon found in a crate is from the Black Ops – Cold War pool of weapons rather than Modern Warfare’s, as it was previously.

That’s not to say that Modern Warfare’s weapons can’t be found in Warzone any longer. As always, you can still bring across your usual loadouts from the mid-match drops – you just won’t find any lying around Verdansk.

Just like before, weapon progression works across both Warzone and Cold War. If you don’t fancy using Warzone to grind out your weapon levels, you can always try Cold War’s multiplayer (if you own it!).

Which weapons are now the most effective?

The weapon statistics have all been jumbled up slightly with the latest update. While the previous weapon kings have gone away, new ones have to arise to take their place. It will take at least a week or so more for the true meta to fully emerge, but here are a few weapons that you should be favouring to gain an early edge

The FARA 83 has seen several changes to try and differentiate it from the FFAR 1. The minimum and maximum damage values are now closer together, meaning that the damage curve is a little flatter over distances. Its effective range has been extended by 17% and the recoil pattern adjusted slightly. As a result, the FARA 83 is now a much more viable option for medium to long-range fights. It’s effective enough in multiplayer, so it should excel in the open-field battles of Verdansk.

The Krig 6 is another weapon that saw some serious buffs with the Season 3 update. Though its damage values haven’t been touched, its damage multipliers have. That means if you land your shots correctly, you’ll end up dealing some serious damage. It doesn’t pack as much of a raw punch as other weapons in its class, but we’ll likely see accurate players dominate the field with this weapon.

Cold War’s AK-47 variant has seen some recoil adjustments that now make it incredibly desirable in Verdansk ‘84. Raven said in the patch notes that the previous recoil pattern gave the AK far more downsides than it had upsides. To compensate for this, they’ve smoothed out the pattern to make it much more useable over long distances. You’ll end up finding several AK-47’s in the ground loot littered across Verdansk ‘84, so it’s best if you at least get some practice in with this one.

As one of the OG weapons from Modern Warfare, the Kar98k remains an outstanding choice for any budding sniper out there. It has excellent damage at range and exceptionally quick bullet velocity. There’s not too much thinking to be done when using this weapon – it’s very much a point-and-click affair. The Kar98k hasn’t seen any changes in the most recent update. It was popular in Season 2 and will likely remain so moving forward into Season 3.

Though most engagements in Warzone take place over longer distances, you’ll still need to defend yourself in those rarer close-quarters occasions. That’s where the MAC-10 comes in. Like the Kar98k, the MAC-10 was popular last season and has seen a minimal change in Season 3. The maximum damage is decreased by 1, but that’s it. With a monstrous rate of fire, it’s still easily the best CQ weapon choice right now.

How do the new weapons fit into this?

Season 3 also brings two brand new weapons into the loot pool with the PPSh-41 SMG and the Swiss K31 sniper rifle. The SMG is available for free at Tier 15 of the new Battle Pass, while the sniper arrives at Tier 31.

The PPSh-41 doesn’t do much to shake up the SMG game – it’s not quite as effective as the MAC-10, nor as versatile as the Bullfrog. It’s still early days, though. Raven are unlikely to introduce a new weapon that’s vastly overpowered from the get-go. It’s much more likely that these introductory stats for the PPSh-41 are baseline with improving tweaks made from here.

Similar can be said for the Swiss K31. It’s not quite the heavy hitter like the Kar98k or the M82, but it’s a neat little bolt-action that adds old-school variety to the gameplay. Again, it’s likely that we’ll see the baseline damage statistics altered as the season moves forward.

How has the previous meta been nerfed?

The previous meta, which largely revolved around the FFAR, is now long gone. The jack of all trades assault rifle quickly became a player favourite thanks to its long-range capabilities and incredible rate of fire.

Though listed as an assault rifle, the gunsmith system in Call of Duty allows players to transform it into something much more akin to an SMG. Raven has since come in clutch and patched the FFAR so that it takes much longer to aim down the sight. This has massively reduced its twitch capabilities at long range.

The AUG assault rifle has also seen some big changes to rein in some of its power at range. Its recoil strength is now much higher than it was before, making it difficult to handle when spraying. Though it still packs a punch, you’ll have a much harder time keeping your shots on target.

In addition, the Groza SMG has also seen a preemptive nerf in reaction to the FFAR changes. Raven said in the patch notes:

“This change is more of a precaution. We expect in the absence of the FFAR 1, that the Groza would rise to take its place. While there will always be a ‘meta’, we want the meta to exist in a TTK range that is a bit higher than where we are currently. In that regard, we believe the Groza was a bit of an outlier that, much like the FFAR 1, could have been detrimental to weapon diversity.

You can read the full Season 3 patch notes on the Call of Duty blog. For more guides on the ever-changing landscape of Warzone, check back here on our site.

What do you think of the current state of Warzone’s weapons? Let us know across our social channels.