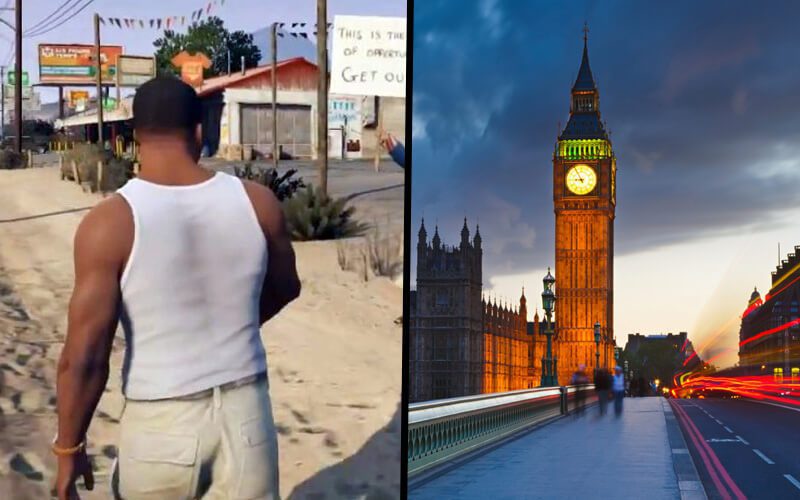 It’s been a long time since the London, 1969 mission pack dropped for the original Grand Theft Auto game. The series has come a long way since then, most notably making the switch from the top-down 2d graphics of GTA 1 to the glorious high-definition graphics of GTA V.

Word on the street is that there will be another GTA game in the future – big surprise, hey? There were rumors that the game might be taking place in Japan, but now it seems like Rockstar will be keeping the series set on American soil. But imagine they returned to the UK, instead?

Over the years, Grand Theft Auto has become one of the most controversial video game franchises ever, so with that in mind – here’s a look at what it might look like if the GTA series ever takes another trip across the pond.

6. Everyone Will Constantly Be Complaining

Remember the good old days when there was Anarchy In the UK? Now there’s just a whole lot of complaining, about just about everything. It would be impossible to make the game without countless people complaining that it’s too racist, not racist enough, too violent, not violent enough…

5. The Police Will Never Shoot You

Mess around enough in San Andreas and it’s only a matter of time until you’re dodging police bullets, but a lot of cops in the UK aren’t armed so it’s pretty much a free-for-all for all would-be criminals. It’s basically a paradise for any gun-toting baddies, so you’ll be able to do whatever you want with impunity.

4. Everyone Will Find Everything Offensive All The Time

If you think America is getting too politically correct, you’ll hate it in the UK. At least it takes something actually offensive to outrage people in America, but in the UK you’ll have the PC Police at a 5 stars just by walking peacefully down the street.

Just got the life beaten out of you by an angry pimp? C’est la vie. At least in the UK, you won’t have to worry about taking a hit to the wallet. Let the public pay for your bad decisions. Thank you, National Health Service and taxpayers.

2. It Would Never Stop Raining

Constant rain, all day and all night. PC gamers would be racing to upgrade their GPUs to take advantage of the latest rain physics. We’re talking millions of drops per second.

1. The Game Would Be Way Too Polite

You’d run up to somebody, steal their horse and buggy, and they would probably end up apologizing to you. It’s not even fun to cause havoc in a city where they act like everything you do is their fault, it’s just kind of sad. When your “Hey, get out of the car! NOW!” is met with a cheerful “Right-o chap, do enjoy! Cheerio!’ it’s just not the same.