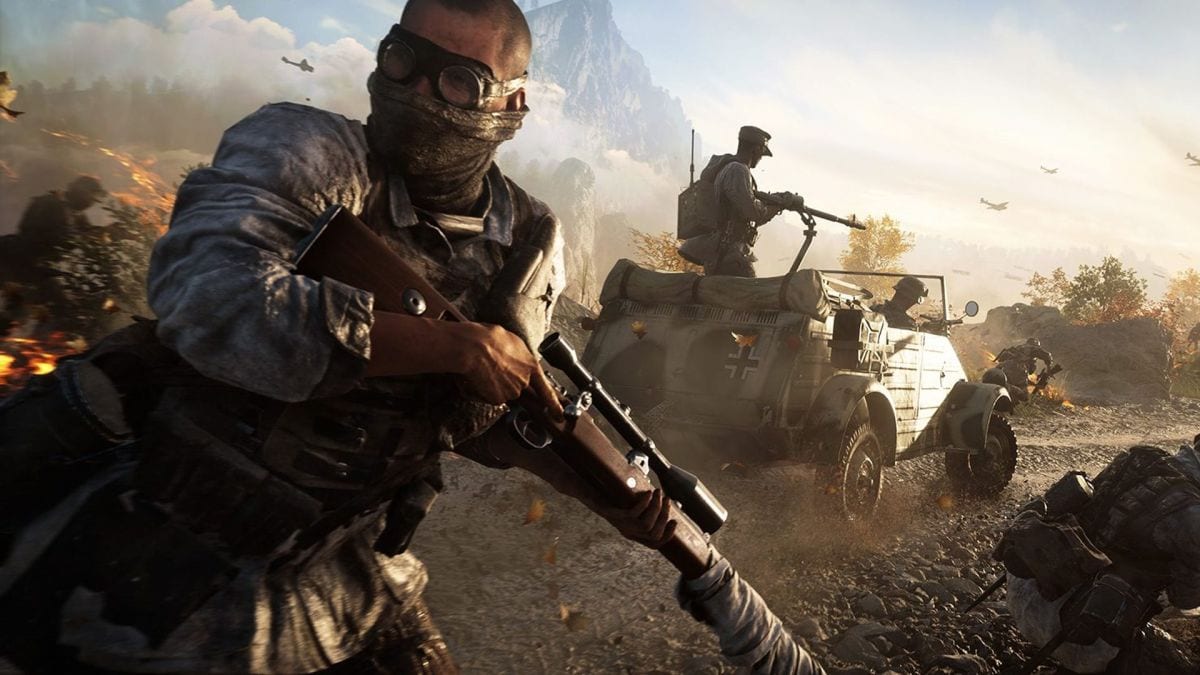 The Battlefield franchise has taken us to so many vast and gorgeous locales over the years, only for us players to tear them to pieces using all sorts of explosive weaponry. We’ve examined our passport stamps and narrowed down our top five favourite Battlefield maps of all time.

If you’ve been playing since the beginning, it’s hard to not think of Wake Island the instant that Battlefield is mentioned. With its horseshoe layout, the island offers an ideal stomping ground for both ground, air and naval warfare alike.

The map is based upon a real battle that occurred during WW2 around the same time as the attack on Pearl Harbour.

While this map loses points for omitting vehicular combat, Operation Metro marked the peak of Battlefield’s infantry gameplay. As the only map available to play in the Battlefield 3 alpha trial, this offered players the first taste of what was to come in the rest of BF3.

Moving from a lush open park space, down into the filthy metro station and back out into the urban sprawl of Paris, Operation Metro offered gameplay variety for all types of infantry players. It was a perfect showcase for the massive weapon arsenal and gadgetry introduced with BF3. Fans will especially remember how it shined on the Rush game mode, a high for the series that hasn’t quite seemed to surface since.

Much like Wake Island, Operation Metro has seen several iterations. Though first introduced in BF3, it also featured in Battlefield 4’s ‘Second Assault’ expansion pack and also saw a full remake in BFV with Operation Underground.

Another fan favourite, Arica Harbour was arguably one of the most memorable maps from Battlefield Bad Company 2. Like Operation Metro, it excelled in hosting matches of Rush, the game mode in which an attacking team must arm and destroy advancing sets of communication towers.

What sets Arica Harbour aside from the rest of the maps on this list is its capacity to be completely levelled. Bad Company 2 featured some of the most revolutionary destruction mechanics of its era with the entire city capable of being totally decimated throughout a match.

While the destruction mechanic occasionally allowed snipers to overpower the attacking forces, the technical prowess alone influenced the following Battlefield titles in a huge way. For that reason, it deserves a spot on this list.

This one might not be on everyone’s list of favourite Battlefield maps, but we stand by that Propaganda is one of the all-time greats. Introduced in the Battlefield 4 ‘Dragon’s Teeth’ expansion, Propaganda is set in a North Korean city with a high-speed cargo train dividing the map into two.

What makes this map shine is the Chain Link game mode that was introduced in the same expansion. Teams must not only capture objective points, like in traditional conquest, but also capture them in a specific order to establish a ‘chain link’. The more links in the objective chain, the more points the team earns.

The layout of Propaganda allows for some incredible flanking tactics that can completely turn the tide in a match of Chain Link. Teams that look on the brink of a disastrous loss can make a complete comeback with the right tactical manoeuvres. Almost all of the matches played on Propaganda end up going right down to the wire, and that’s what makes it such a classic Battlefield map.

Finally, we have Caspian Border. Another icon from Battlefield 3’s era, this playground offers everything that a Battlefield player could want. Open fields for tank warfare, blue skies for jets and helicopters to fight it out, and enough buildings to satisfy the traditional run-and-gun players. For many, Caspian Border will be the home of several fond memories.

Those memories were lived out once again when the map received a remake in BF4 alongside Operation Metro. While BF4’s remake looks marginally prettier and has more spectacle, we still prefer the BF3 original in all of its verdant glory. Though we wouldn’t say no to another potential remaster if DICE were looking to bring it to the next Battlefield title…

Do you agree with our list of Battlefield maps? Let us know across our social channels.