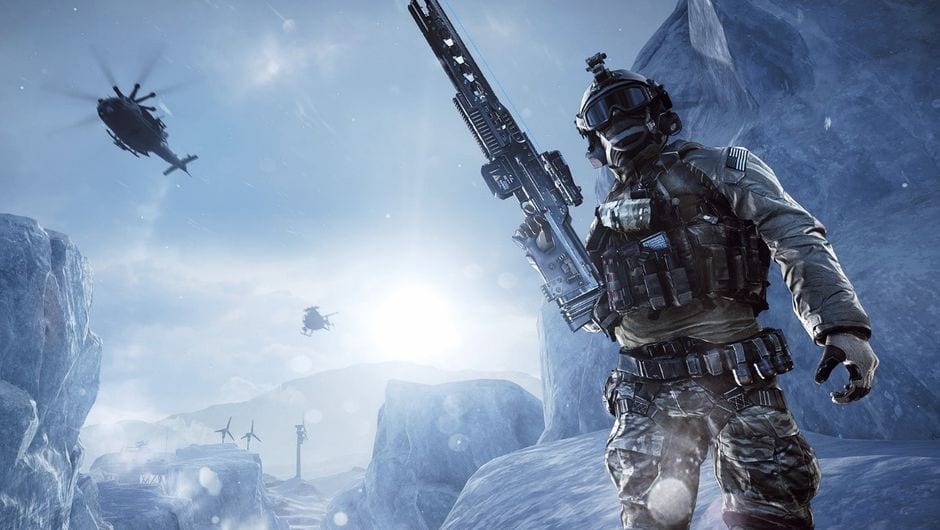 2021 will be a crucial year for the Battlefield franchise. After two trips back in time – and one fever dream in which we played cops and robbers – it’s safe to say that Battlefield is a far cry from its glory days.

Warzone is paving the way for how live-service shooters should be operated. Both Modern Warfare and Cold War successfully rebooted fan-favourite franchises that many considered already stale.

With three years since the last release, all eyes are on DICE as we near the release of the all-out warfare shooter. Here are just a few things that we’d like to see in Battlefield 2021.

It’s been fun to trudge through the trenches of historic warfare, but if Battlefield 3 and 4 have proven anything, it’s that Battlefield is at its best when it’s set in a modern era. Don’t get us wrong, a historical setting is perfectly serviceable for those with nostalgia for M1 Garand pings and classic map locations.

But the variety of gameplay options that a modern-day setting provides could make for a vastly more enjoyable shooting experience.

Faster firing, more accurate weaponry should make for much more interesting gunfights. Advanced gadgetry has the possibility to come back, opening up far more off-the-wall solutions to team tactics.

Releasing the franchise from the shackles of a predefined historical image should provide DICE with a blank slate to get creative with their vision for Battlefield.

One of the most frustratingly dull elements of Battlefield V is the weapon progression system. Gone were the days of classic loadout customisation, BFV used a skill-tree method of personalising guns.

With only four choices of altercation on each weapon, the result was that players ended up using one variation of each gun and rarely strayed from it.

2019’s Modern Warfare introduced the Gunsmith system, a deep weapon customisation system that allowed each gun to be altered almost endlessly. For example, we recently reported on a Warzone loadout that turns the M13 into a laser beam sniper.

Battlefield came close to something like this with a huge list of attachments featuring in BF4’s loadout screen. It would be highly welcome if Battlefield 2021 were to embrace these features once again and bring back some individuality to the weapon systems.

Battlefield has seen some incredible maps throughout the franchise’s history. Noshahr Canals is up there with Shipment as one of the best Team Deathmatch maps in modern shooter history.

Rush on Operation Metro still harbours some of my most treasured gaming memories. And who could forget Conquest on Caspian Border?

What all of those maps have in common is that they work flawlessly on one, maybe two, game modes. With more recent Battlefield maps, a lot of them feel as though they are designed with spectacle first, gameplay function later.

It would be fantastic to see each map designed with a specific game mode in mind. Playing on a map that has had a game mode shoe-horned in doesn’t tend to be much fun.

Part of the reason why Battlefield 3 and 4 stayed popular for so long is that players were able to host their own servers.

If you played those games long enough, you’d end up having a couple of go-to servers with a combination of gameplay settings that you knew you enjoyed.

You’d start to see similar usernames in the kill feed, interact with chat, and before long you were involved in a small community of players.

It made Battlefield a far more personable shooter than Call of Duty could ever achieve, and that’s something that the more recent titles seem to have forgotten.

The era in which Battlefield 2021 will release into is far different from the one that Battlefield used to exist in. The ‘Premium’ Expansion Pass model is dead and buried, dropped in favour of battle passes and free updates.

Though Battlefield V tried to keep up, the Tides of War weekly challenges did little to excite at the time. New chapters eventually arrived in the form of the new maps and weapons, but they were far too little, too far apart.

For Battlefield 2021 to succeed, it needs to take a leaf out of Warzone’s book. Regular content drops that are two to three months apart.

Constant monitoring of the gameplay meta with quick action when gameplay tweaks are made.

The biggest request we have of all? Communication. It’s ironic to ask from the developer of one of the best squad-based shooters out there, but DICE and EA need to be better at communicating what’s going on with their live service titles.

If players don’t know what’s coming, they’ll up and leave. We need only look at the state of Battlefield Hardline’s player count to see how upsetting that would be.

What are you hoping to see from Battlefield 2021? Let us know across our social channels.