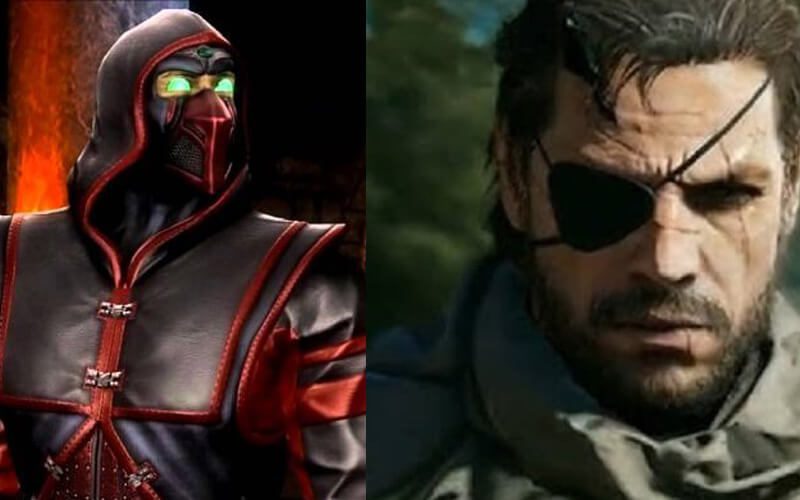 After beating a game or proving your worth there’s not much that tops the rewards of unlockables, especially unlocking a new character to play as. Unlockables are a feature in games that other media just can’t provide, unlike a movie or a book that give you a set experience, games can feed you more content as you play.

Simply changing the character can change the gravity of any game, it can provide the game with much needed replayability or a cheeky bit of comic relief.

So without further ado let’s see what characters made it onto our list.

If you’ve managed to get through the Metal Gear series then you’ll share the same nostalgic high of being able to play classic Snake from the first Metal Gear Solid Game in one of the latest sequels of the franchise. During the mission ‘Deja Vu’ the player is required to re-enact specific situations from the first game and answer trivia questions, if all the questions are answered correctly then you unlock the ‘Classic Snake’ character which replaces the Naked Snake model with a low polygon Solid Snake character.

In Metal Gear V: The Phantom Pain, Snake and a few fellow Diamond Dogs can use this costume if you’ve went to the trouble of unlocking this character in the previous game by transferring your save data. Awesome.

Marth is now considered one of the most powerful characters in the Super Smash Bros games, originally a hidden unlockable character in Melee, he’s become the ‘poster-boy’ for many hardcore players.

The game Fire Emblem received so much buzz from Marth’s appearance in Smash Bros that the game became incredibly successful and eventually came to the west.

Similarly to Marth, Mewtwo is regarded as one of the most sought after playable characters only unlockable through 20 hours of playtime or 700 versus matches, 700!

The Crash Bandicoot series has had several spin off games, Crash Team Racing is one that is still one of the greatest nostalgia bearing games of all time. Dr N Tropy or Doctor Nefarious Tropy is an assistant to Crash’s nemesis Cortex who created a time travel machine to aid Cortex against Crash. So what better way to unlock him than having to beat all the time trials in the game. Clever.

The character Ermac from the Mortal Kombat franchise started out as an urban legend, it was rumoured that Ermac could be unlocked in the original game through a series of challenges however he wasn’t actually in the game at all.

In response to a community made ermac sprite the developers of the game introduced Ermac into the following games as a playable character.

Rosalina, an unlockable playable character in Super Mario 3D World, as revealed in the Nintendo Direct. She can be unlocked by beating the Star World Super Galaxy. She’s thought to be the daughter of Mario himself in the YouTube series GameTheory.

Devil Jin is a really badass character, not only is he the bad guy, he’s the main protagonist consumed by evil. Most ‘evil’ versions of characters tend to use a simple palette swap but Devil Jin has everything, wings and all. He has a powerful fighting style with dragon punches, tsunami kicks, and 10-hit combos. Deadly.

To unlock Devil Jin just complete the game or play for a number of days.

You’d expect Resident Evil 2 to be more of a serious game, especially with zombie infested cities threatening human existence, however this unlockable character brought some well earned comic relief to the game.

If you were dedicated to playing through and achieving an A rank on all the levels you would unlock the ability to play as a human-sized block of tofu. The character played much like the original characters but could only wield a knife.

Hideo Kojima is infamously known as the creator of the Metal Gear series, as well as directing the series, Hideo occasionally likes to make cameo appearance. In Metal Gear Peace Walker he is included as a recruitable soldier, to enlist Hideo you’ll need to select the truck in the Crater Base garage that features the plate reading “CENTRO AMERICA 63824 PEACE SENTINEL.” Funnily enough this is a reference to Kojima’s birth date and the game features a model of his actual face.

What better character to unlock than the bad guy? Akuma is a character that began as an April Fools joke by the game’s creator Capcom but went on to become an actual thing later.

He would appear as you were about to begin a fight, pummel your opponent and challenge you and he’d put up the fight. Akuma has a more brutal fighting style than Ken or Ryu and is very difficult (and frustrating) to fight, it makes unlocking him as much a reward as playing him.

Morinth is a character you can encounter during the main storyline of Mass Effect 2, she’s from a race called the asari that suffers from a genetic disorder, which means anyone she mates with will die in the process. With every succubus-like kill Morinth grows more powerful making her a deadly friend or foe.

During Samara’s loyalty mission, Shepherd and Samara will have to ultimately confront Morinth. At this point the two begin to duel, if Shepherd sides with Morinth she will join your party, unbeknownst to the others. It’s possible to romance Morinth, which can result in Shepard becoming yet another one of her victims.

In this instance I couldn’t choose between the two, both characters are huge in their respective fan bases and are a surprising choice to be added into a skateboarding game.

Fancy skating as an X-men? Unlock Wolverine by finishing the Career Mode twice, completing all 54 Goals and snagging 3 Gold Medals.

Or is Sith Skating more your thing? Unlock Darth Maul by finishing the Career Mode once through, completing all 54 Goals and snagging 3 Gold Medals.

So that’s it folks. Agree with what we’ve said? Leave a comment below or tweet me at @thisistomarse.