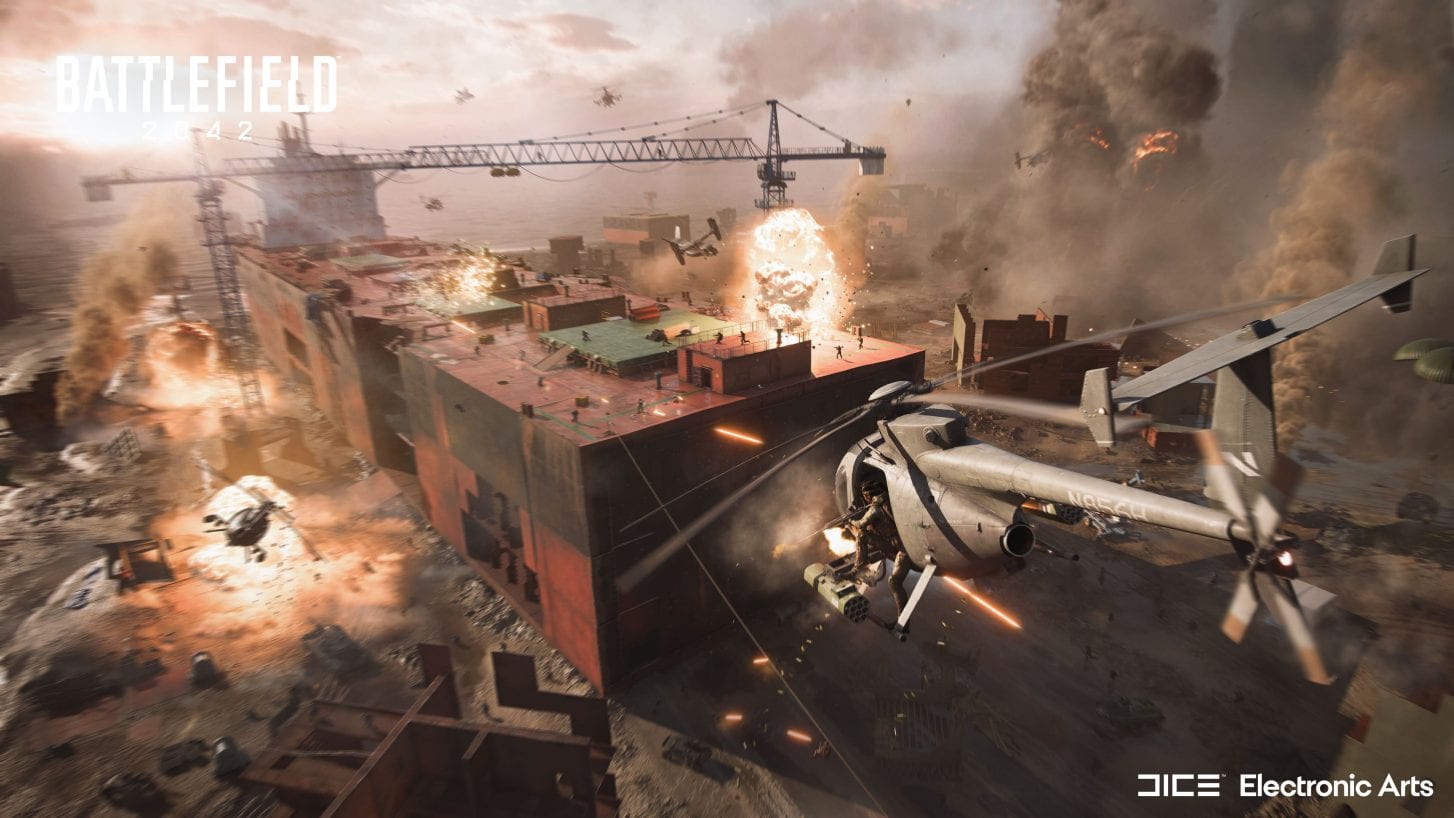 The Battlefield 2042 Beta launched this week with a variety of bugs, but we now know that the beta build is ‘months old’.

The Battlefield 2042 beta has received some mixed reactions. Some claim that the game is rip-roaring FPS fun. Others feel like the beta is in a near-unplayable state. I think, regardless of whether you like it, it’s fair to say the beta needs some issues ironed out. However, with the full launch just six weeks away, many gamers are worried about its potential launch state.

To ease the worries of fans, EA’s community manager has claimed that the Battlefield 2042 beta build is ‘months old‘. This leaves some hope that the game can fix its issues before its full launch.

THERE IS STILL TIME

We’ve been been very divided here at FragHero in our opinions of the way that EA has dealt with Battlefield 2042’s release. With a lack of communication, it seemed as though 2042 was in some trouble. And this hasn’t been helped by the beta’s Easy-Anti Cheat immediately being hacked. However, the news from community manager Adam Freeman could be the silver lining among it all. In his tweet he explained:

‘We polish and enhance it to make sure that it’s representative of the game we’ve built, but naturally we’re making daily improvements, changes, and enhancements all the time.’

Industry insider Tom Henderson, who had previously claimed that the game needed more time, was optimistic with Freeman’s comments.

If Henderson’s calculations are correct that does give EA a fair amount of time to improve the launch build. Maybe I’m a bit of a sceptic, but I reckon we will still have some launch issues. It’s almost a Battlefield tradition by this point! Hopefully, with almost four months of development time, it will be a vast improvement over the beta.

Do you think we will get a smoother launch for Battlefield 2042? Let us know over on our social channels!