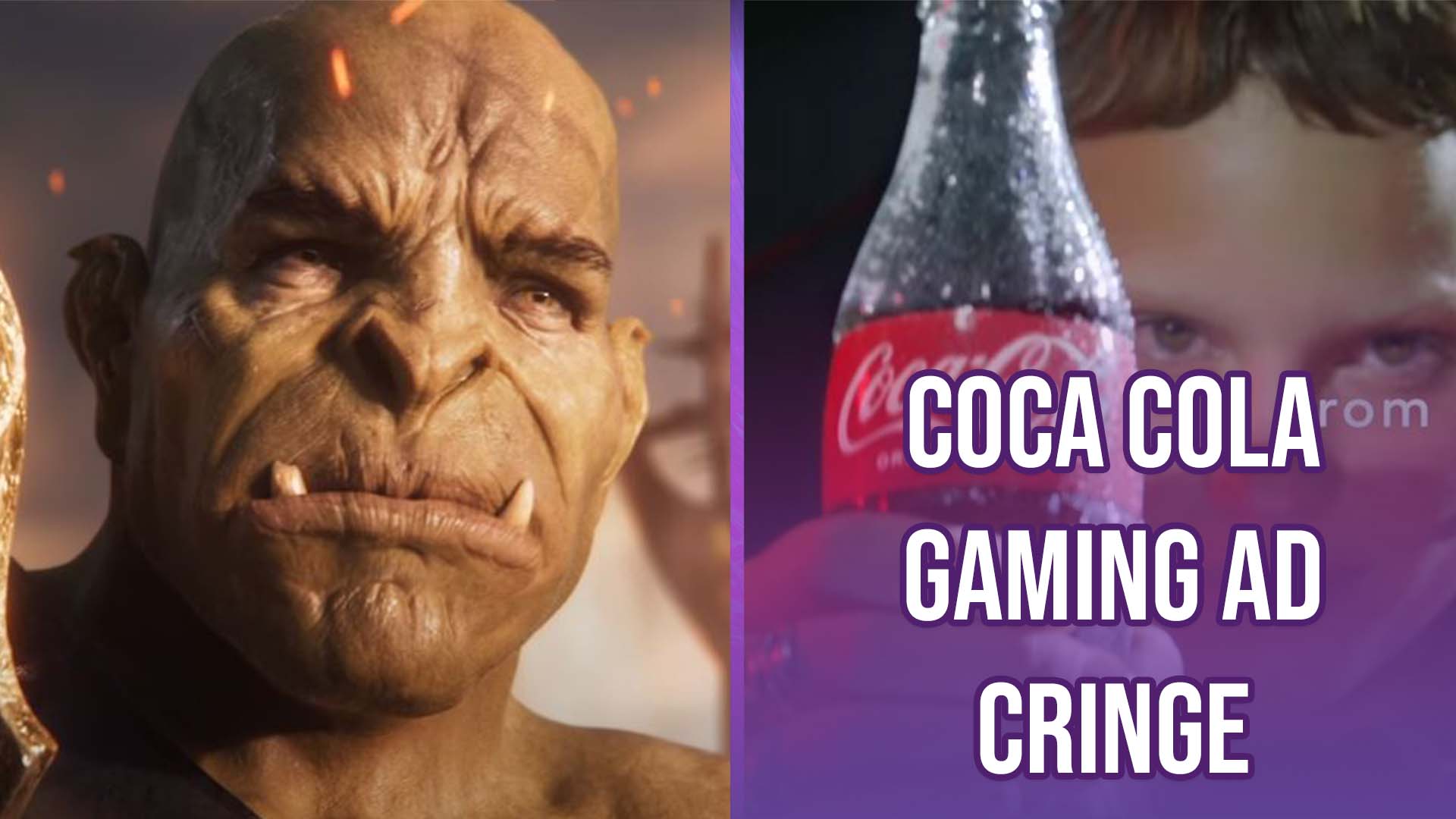 Gaming has become a hot commodity to the wider world in recent years, but this Coca Cola gaming ad proves it still doesn’t get it.

Large scale companies are finally beginning to recognise the power and popularity of gaming. Recent years have seen high-profile streamers hosting events, and even turning up on the odd talk show guest spot. But there is still a disconnect between gamers and what mainstream audiences think about gamers. I mean, I’ve still got this Ninja New Year stream burned into my brain. And we briefly had the Jack Black Jablinki Games channel.

However, this latest Coca Cola gaming ad really takes the cake. It shows that, amid the world of competitive esports, we are just one Coca Cola away from each other. That’s nice.

One Coca Cola Away

The Coca Cola gaming ad showcases an esports tournament for a World of Warcraft-like game. One gamer is knocked down in the heat of battle, so naturally cracks open a cold Coca Cola. The Coca Cola seemingly triggers some sort of Orc flashback, who comes to the realisation that war is bad. So throwing down their axe, they let out a massive bellow that brings the battle to a halt.

As each player throws down their weapon, we see a variety of streamers reacting and commenting on the highly emotional moment. TV news outlets starts covering it, and the world is captivated by the whole thing. It’s a big deal, guys.

The content Orc stares off to the peaceful sky with their player’s reflection next to them on the screen. I truly struggle to fathom how cringe-inducing the whole thing really is. It stands to prove that larger companies are trying to jump on the gaming bandwagon without really getting the culture. I don’t think we need pin-point accuracy, but this really does make me shudder.

What did you think of the Coca Cola gaming ad? Do you feel like you are just one Coke away from the rest of the gaming community? Let us know over on our social channels!