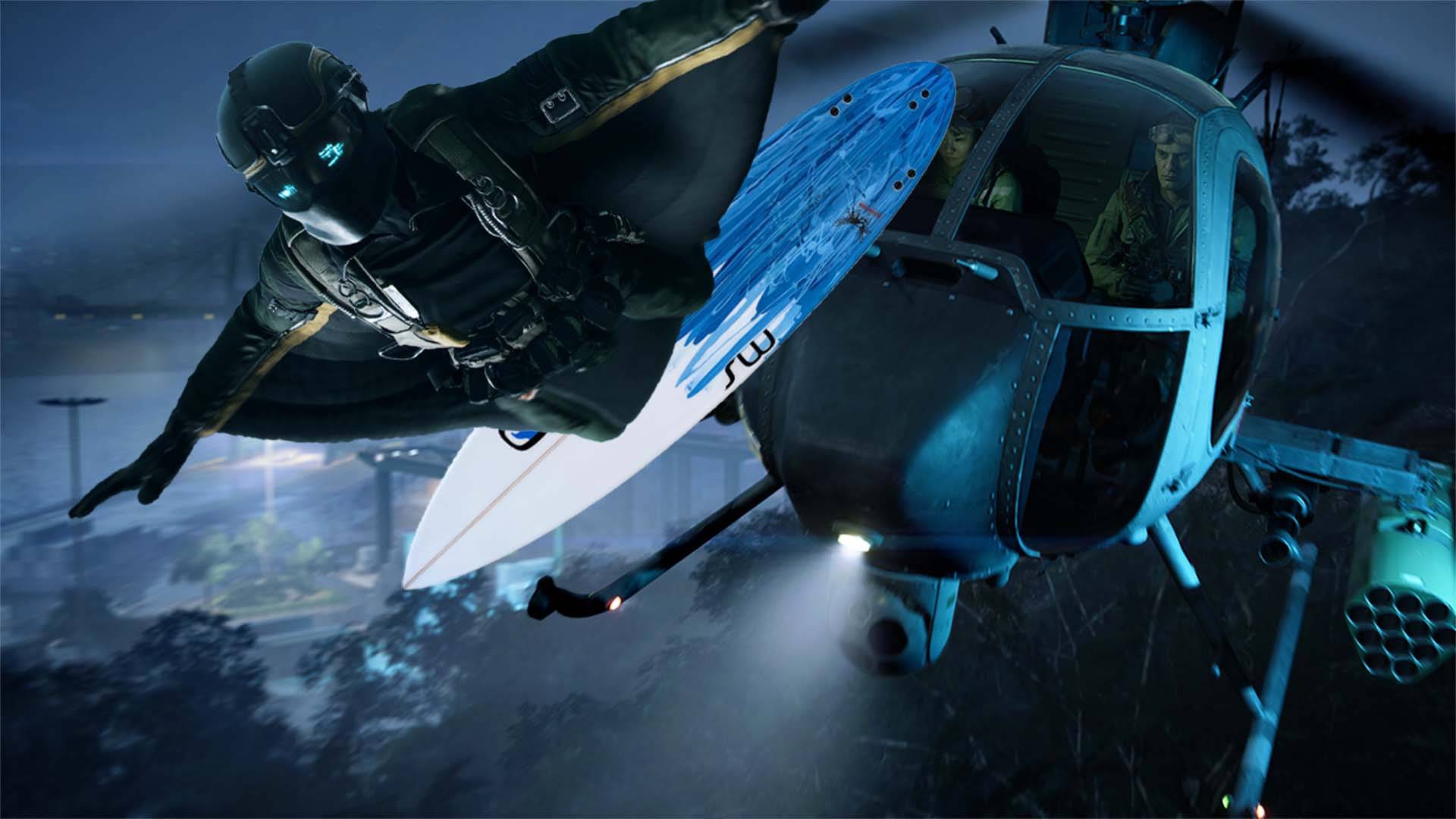 Battlefield has always been about pulling off the most wacky of stunts, but did you know that it’s possible to surf a helicopter in Battlefield 2042?

One streamer discovered that it’s possible in a recent livestream. Competitive FPS and Sim Racing streamer Hadz made the discovery while streaming Battlefield 2042. In the clip posted on YouTube you can see Hadz spawn into a friendly helicopter on the map Renewal. Watch it for yourself below!

He quickly decides that he doesn’t want to sit in the gunner seat and ejects. It just so happens that the chopper is descending at the time, which results in Hadz getting stuck on top of the spinning blades. His character ends up getting stuck on there for a short while, bobbing up and down while the chopper carries him forward.

The move clearly wasn’t intentional, but it’s a hilarious discovery nonetheless. Who knows? Maybe this could end up becoming a legitimate strategy for Battlefield players. We can certainly add it to the list of wacky stunts possible in Battlefield. I personally really miss those C4 Jeep launching competitions that were prominent during the Battlefield 3 and 4 era.

It’s probably a good job that chopper surfing isn’t an intended feature. Given how unrealistic it is, the player base might not take too kindly to it. Battlefield 2042 players recently expressed their distaste for the Battlefield 2042 cosmetic skins, one of which is themed around Santa Claus. Maybe the mood will lift when they learn about the Battle Royale mode that’s rumoured to be coming to the game soon.

What do you think about being able to surf a helicopter in Battlefield 2042? Let us know across our social channels.