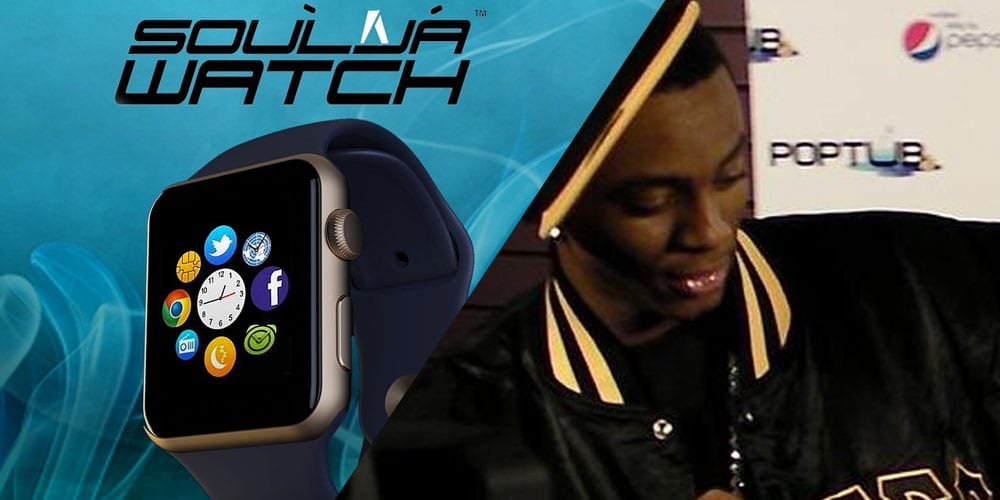 Soulja Boy has been in the spotlight recently after unveiling a range of suspicious-looking tech items, including a smart watch and games console.

This console in particular has seen a lot of attention, and none of it good, as people are accusing the rapper of stealing existing games from companies including Nintendo, with the console being little more than an emulator.

Soulja Boy just released his new videogame console and it’s literally a repackaged emulation console with his name on it pic.twitter.com/IcqrqzusHa

Iconic old games like The Legend Of Zelda: A Link to the Past and Yoshi’s Island are apparently available on the console, but it’s also reportedly able to play the likes of the recently-released Super Smash Bros. Ultimate.

Get ready to duke it out with @souljaboy‘s new revolutionary device! Super #SmashBrosUltimate is now available for purchase on the SouljaGame Handheld gaming console. pic.twitter.com/tQxfgKZv3q

There is no way that Nintendo would let someone keep this up for long – and Soulja Boy might be out of luck as it seems he could be facing a pretty hefty prison sentence.

MTO News is reporting that Nintendo has contacted the rapper and is threatening to press criminal charges for violation of the Trademark Counterfeiting Act.

If this happens, Soulja Boy could be looking at up to 10 years in jail for his actions, with 20 years maximum for repeat offenders.

Soulja Boy has yet to comment on the allegations.