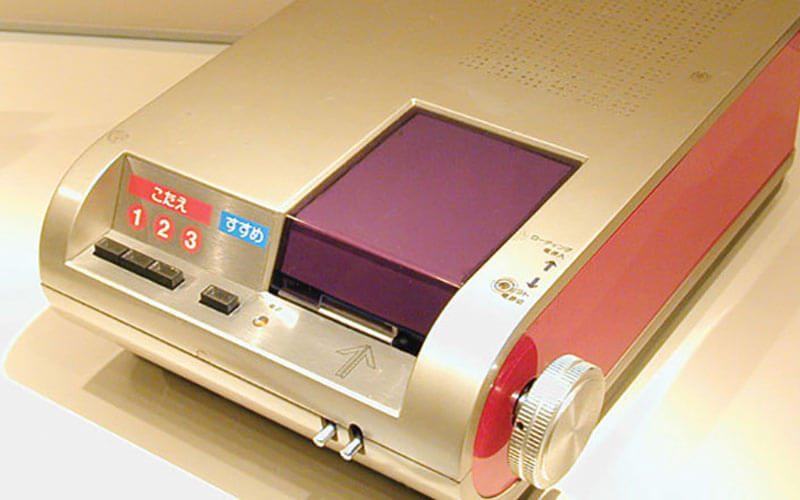 For a few years in the early 2000’s, this forgotten prototype of a 1970’s home gaming console by Sony sat quietly on display in an exhibition called “Sōichirō Honda and Masaru Ibuka – dream and creativity”, in honor of the founders of Honda and Sony. The plaque in front of it reads: “A prototype gaming machine.”

It seems like Sony was toying with the idea of getting into the console business long before they blessed us with the Playstation.

The first Playstation console was released in December of 1994, but roughly three decades earlier Sony was working on a completely different home console.

The long-forgotten prototype is basically a mystery beyond what we can figure out just by looking at it. People have reached out to Sony PR, but even Sony themselves don’t know a whole lot about it.

This early take on home gaming has three input buttons which are labelled 1, 2, and 3. That doesn’t give you a ton of control for most types of games, so it may have been intended for trivia-style games, or text-based adventures. There’s a wheel on the side which may have been for scrolling through text, or possibly for inserting/ejecting cartridges.