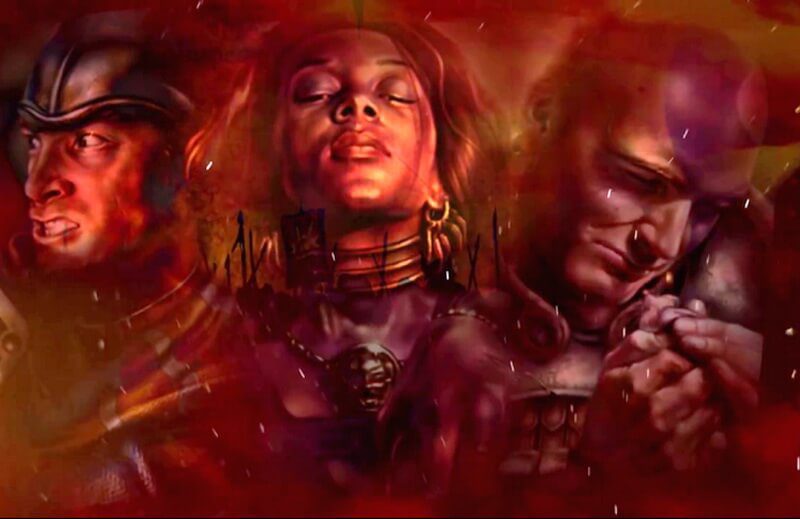 Beamdog, who’s developed the expansion pack for popular RPG game Baldur’s Gate has been subject to a lot of criticism and hatred from a section of the gaming community of late. This is due to the inclusion of a transgender woman and a powerful woman as characters in their recently released expansion pack, Siege of Dragonspear.

The expansion, which came out earlier this month, is now in the middle of a storm that throws light on the issues that still exist in what is a confined society that isn’t welcoming of things that aren’t ‘natural’ to them. It shows how videogames face the same issues that real people do if they try to be all inclusive and go against the set norms of the society.

Interestingly, the expansion also takes a dig at the Gamergate movement, which is a movement notorious for its criticism of females in the videogame industry. The game features a line poking fun at the same and as a result, the line’s writer, Amber Scott, has been subject to a lot of hate from a section of the community. Her Twitter account is now filled with threats and hate comments, although some people also came out in support of her.

As a direct result of making the decision to include a trans woman as a character into its expansion, Baldur Gate’s Steam and GOG pages have become full of negative reviews. The reasons for the same might seem absurd to many. The negative reviews doesn’t discuss gameplay or other elements of the game but instead point out how the game features a female character called Safana, who they accuse of being ‘toned down’ from her sexually stimulating nature, by allowing her to have a more ‘complex personality.

“Can the transgender character please be removed so my daughter [can play],” one commenter said on Steam. “I live in Turkey and our society frowns upon non-binary sexual relations and genders. Once, my daughter saw a transgender person (male to female) and asked me about the whole situation. It wasn’t easy to explain everything. She chuckled every time I tried to sound serious about the situation.”

Many of the reviews are also critical about the inclusion of a minor character named Mizhena. The reason is that the game portrays him as being raised as a boy but someone who later “came to understand I was truly a woman”. This has sparked widespread outrage and accusals about the game trying to be ‘politically correct’ and offering “LGBT tokenism’ among other things.

The GamerGate jab also didn’t go down well with many. The game has a line poking fun at the movement that reads “it’s all about ethics in heroic adventuring”, which is conveyed via an in-game character. This is in reference to a meme related to the movement which showed its apparent harassment of women.

Balgur’s Gate released way back in 1998 and remains one of the best RPGs ever made to date. It’s set in the Dungeons and Dragons universe. Beamdog came on board back in 2012 as it released an “Enhanced Edition” for the game. The Dragonspear expansion is around 30 hours long and was made recently for the game by the team.

The team is based out of Edmonton, Alberta, and doesn’t contain a large number of developers. The company was founded by former executives who worked in Bioware, another studio famous for its RPGs, most known of which are the Mass Effect and Dragon Age franchises.

Amber Scott, who is one of the developers working on the expansion, recently made a statement to Kotaku about how she took modern cultural changes into account while coming up with the expansion.

In the original there’s a lot of jokes at women’s expense. Or if not a lot, there’s a couple, like Safana was just a sex object in BG 1, and Jaheira was the nagging wife and that was played for comedy. We were able to say, ‘No, that’s not really the kind of story we want to make.’ In Siege of Dragonspear, Safana gets her own little storyline, she got a way better personality upgrade. If people don’t like that, then too bad.

This comment also saw a lot of people being critical of her. One Steam reviewer said:

Amber Scott felt that the original Baldur’s Gate was “too sexist.” So, she changed the entire dynamic of the original story. I don’t mind her adding gay and trans characters, but when you change the original charcters, that’s just not okay. And she did this consciously. Her quote, “If you don’t like it, too bad.”

Do not support this mentality. Keep the classics.

The critics also claim that the inclusion of a trans character into the game takes away from the original game’s lore. However, its sequel (Baldur’s Gate 2) featured a sequence which saw a male character briefly change into a female due to an ‘accident’ after drinking a potion. That didn’t cause any controversy however and the game’s NPCs mocked the man when it occurred in-game.

A game developer named Ed Greenwood, who’s worked on many D&D games and is the author of the Forgotten Realms novels had posted a note on Facebook regarding these developments earlier this month –

D&D has half-orcs, and half-dragons, and half-elves, and has magic items that specifically change gender, right there in the rules. Surely, if you can handle the basic notion of cross-species sex, having a full variety of gender roles should be something that doesn’t blow your mind.

If it’s not for you, that’s fine. I hate wearing certain shades of yellow. But I don’t scream and yell at someone I see wearing those shades of yellow, and call them names, and threaten things. My right to dislike yellow applies to me; it doesn’t extend to others.

Videogames and reality are intertwined and reflection of real world issues in-game doesn’t necessarily mean it’s due to an attempt at ‘political correctness’. In today’s day and age, it’s regressive to have such viewpoints and hopefully the majority of the community is saner. That what’s important and that’s what I’m personally confident about.