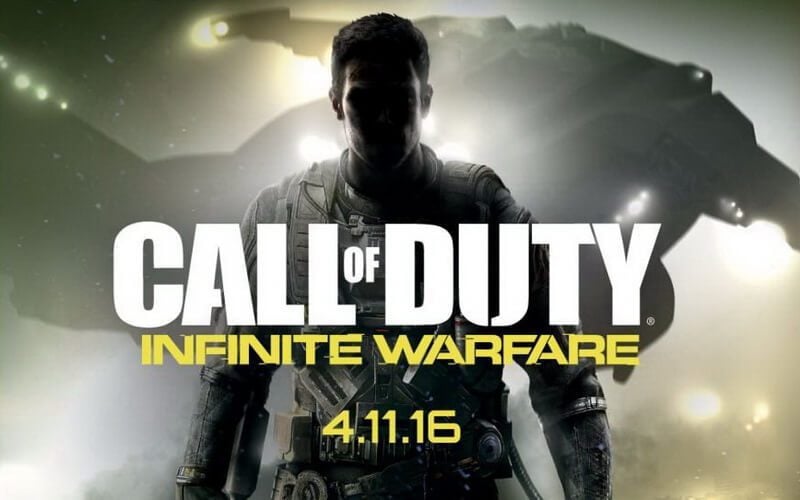 There have been numerous leaks this past week which all but confirmed that the next Call of Duty title is called Infinite Warfare. A fresh image has now emerged that ascertains the fact further.

A thread in Neogaf has posted a image of what looks like a pre-order poster for the game and it looks legit beyond any doubt. The poster seems to be the actual version rather than some off-screen capture.

It reveals some crucial details about the next Call of Duty game. For starters, it reveals that the game will be releasing on November 4 this year and will be called Infinite Warfare. It also discloses some new details about the Modern Warfare remaster.

It looks like Infinity Ward are upgrading the textures and other gameplay elements for the remaster, similar to the Halo 2 remaster. The remaster will feature the full single player campaign and only 10 multiplayer maps.

Although it’s not mentioned which of the 10 multiplayer games will be included, it’s safe to assume it’s going to feature some popular ones such as Ambush, Pipeline and Strike. This also suggests that Activision might be planning to release more maps for the remaster as future DLC content although no confirmation for the same can be found right now.

It’s also to be noted that the Modern Warfare Remaster is only mentioned under the Legacy edition that is priced at $109.99. There’s also a standard edition in the poster that is priced $79.99. This suggests that this leaked poster is from an Canadian retailer since these prices are in line with the prices for Call of Duty titles in the country.

It is unclear if the Modern Warfare Remaster can be purchased separately or the legacy edition will have it exclusively.

The poster’s artwork also reveals some interesting details about the game. It has been long speculated that the next Call of Duty game would feature space warfare and the poster hints at the same.

Expect Activision to make an official announcement anytime now since these leaks have all but confirmed the existence of the game. It’ll be interesting to have an official confirmation for the same and we’ll update you as soon as an announcement is made.