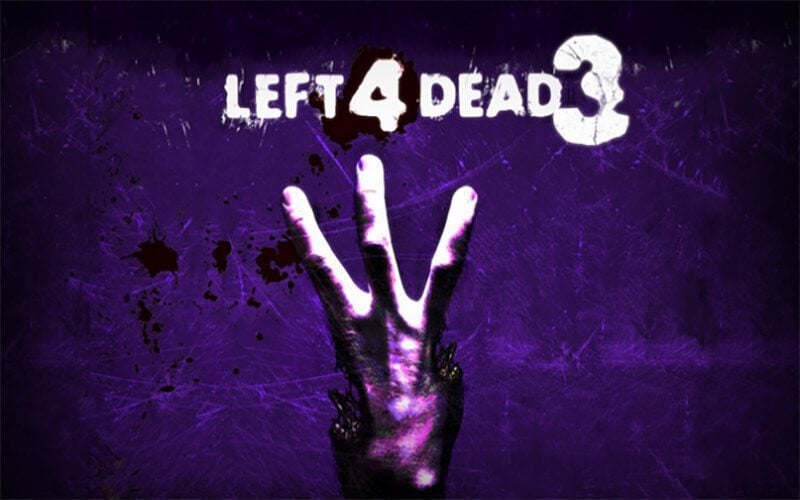 Valve is one of the biggest names in gaming. All of their games in recent memory have been huge hits. To name a few, you have the two Half-Life games, two Left 4 Dead games, two Dota’s, two Team Fortresses, two Portal games, and well…Counter Strike, which has many released versions.

Now most of you should notice a pattern. Valve makes an amazing IP, gets two games out of it, and we never hear from it again. It’s such a big thing that Half-Life 3 is by far the most anticipated game of all time, and it’s never even been talked about.

Well, they may finally decide to break this pattern. Rumors of Left 4 Dead 3 being revealed at this year’s E3 have been circulating the internet for a little bit now, even to go as far as semi-specific details regarding the game’s characters and campaigns.

So far, it’s been speculated and rumored that Left 4 Dead 3 has been under heavy development to have it shown off at E3 this year, with possibly a late 2016 or early 2017 release.

Why would Valve prioritize Left 4 Dead 3 over the long awaited Half-Life 3? Well, there’s one reason that’s very hard to argue with. Half-Life 3 is so desired by fans, and would have unrealistic hype, that it’d be ultimately impossible for Valve to meet fan expectations. The game will never live up to what us as fans have made it to be in our heads.

Left 4 Dead also doesn’t have the same cult following as Half-Life. It has dedicated fans, sure. But it’s a game that relies heavily on killing tons and tons of zombies and doesn’t worry about telling a great story. It’s easier for Valve to create and will always hit most expectations because of the basic formula that goes into it.

Nothing is set in stone. Right now, all we have to go off is a few rumors from people in the community. Hopefully we see Valve this year at E3, but in all honesty, we shouldn’t get our hopes up so we won’t be disappointed.