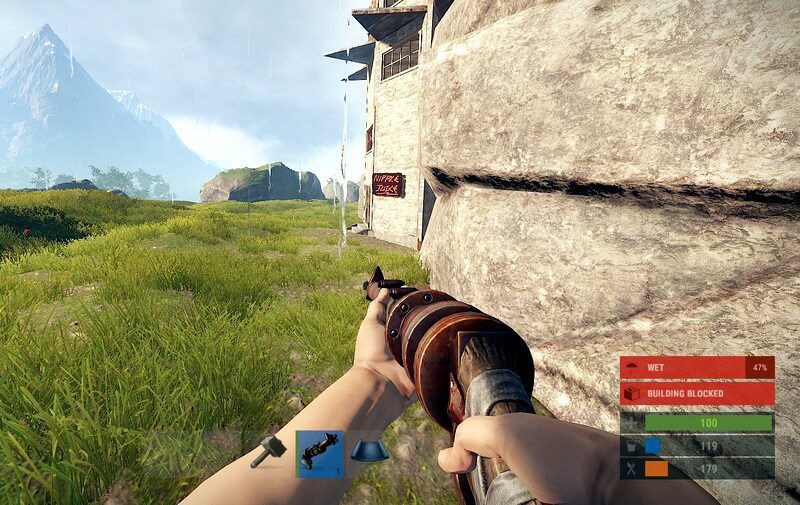 For such an ambitious game as Facepunch Studios’ Rust, some features of the game were destined to fall by the wayside. When Garry Newman and lead developer Maurino Berry originally conceived Rust as a multiplayer-based survival experience based upon an early clone of another popular online survival game, Day-Z, they needed that grind element to keep players interested.

The introduction of an XP system by Berry essentially seemed to fit the bill. However, it seems that so far the system is not working to its potential. Hints by the development team even suggest that it may be removed from the game completely.

It does make complete sense for an XP system to exist in Rust. After all, the main elements of the game are survival, crafting, hunting with a added emphasis on combat. Naturally, any game that implements these mechanics as core to their gameplay are games with comprehensive levelling and XP system. Imagine an RPG like the Elder Scrolls series without an XP system? Exactly.

But, in Rust, the XP system just doesn’t seem to be working right. Although it was established to bring about a level of structure within the gameplay, it also seems to be at odds with the ethos of the game; it has appeared to annoyed players who feel that the grinding element goes against the sandbox-freedom nature of the game itself.

Berry himself commented on the future of the XP system in a developer’s blog back in August. Berry noted that:

I ran a thread on reddit a couple of weeks ago to see why some people really hated the XP system and to find out what elements of the BP system they missed. Pretty much everyone said they hated how the XP system forced them to play in a somewhat linear fashion and that there was no researching of items. This meant if you killed a higher-tier player their items were mostly useless to you because you were too afraid to take them out of your base.

The post develops further strategies that Berry and the team will continue to work on to make the XP system better and more intuitive and accessible to players of the game.

This blog post makes a contrast to comments made by Berry on Reddit about how the future of Rust could not see an XP system at all. I wouldn’t be the first thing that has been removed from the game anyway. Radiation as an element was removed due to the frustration that it caused some players.

It’s worth noting that the game is still in its Early Access phase and their will be notable changes and improvements to the game over the course of its run. An XP system will arguably be revamped, not wholly taken out, as it essentially goes hand in hand with such an experience as Rust. Berry and the team seem like they’ve already started on that revamping.