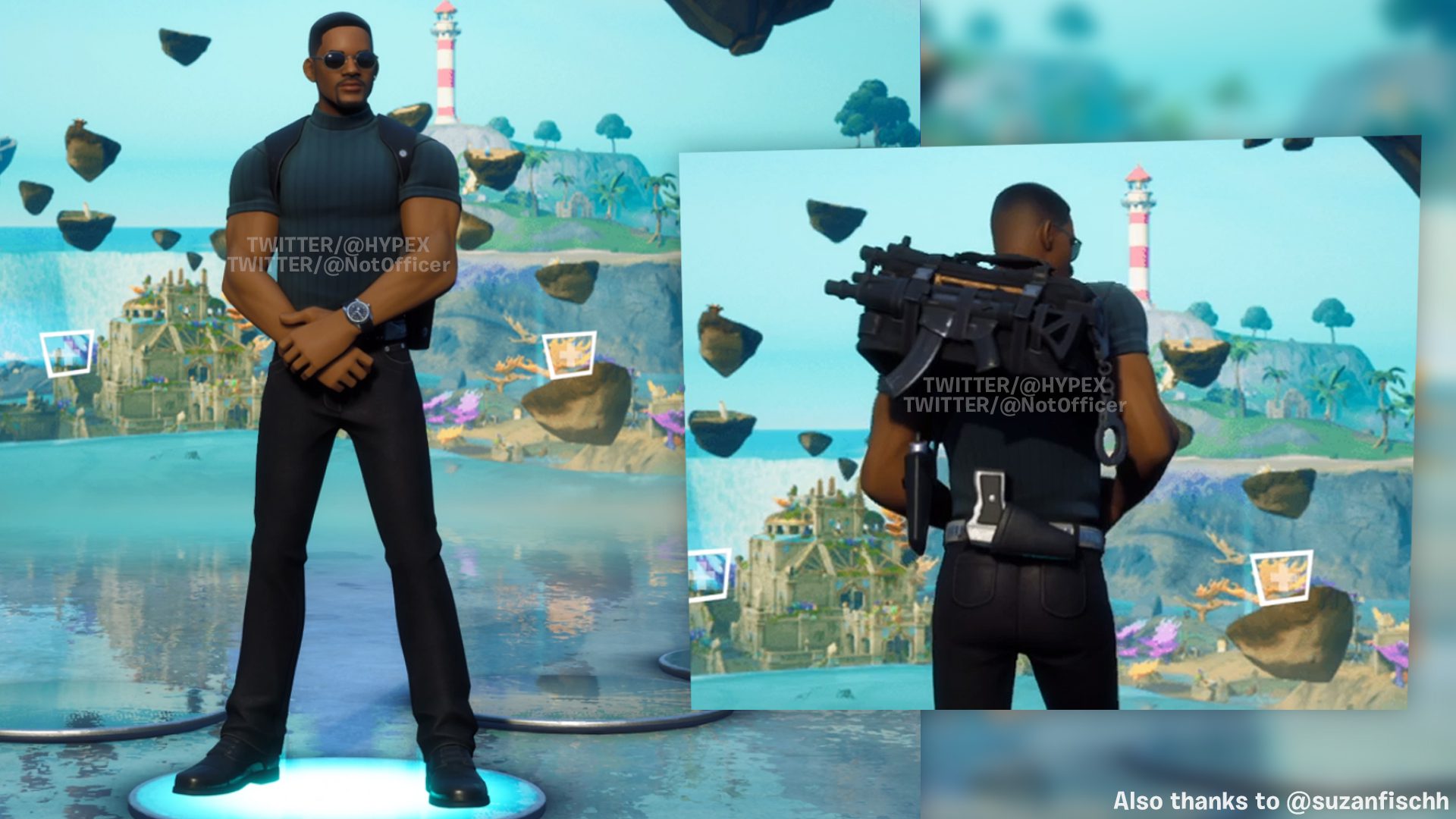 A recent leak revealed that a Fortnite Will Smith skin is on its way, as the battle royale’s domination of pop culture continues.

Fortnite is no stranger to pop-cultural icons. Wonder Woman was just announced to be filling up the Justice League this week, and after a limited event, Ariana Grande is now an actual playable skin.

However, it looks like Ariana Grande isn’t the only real-world music star heading to the game. In a recent leak, it was revealed that Will Smith will be arriving in Fortnite sometime soon.

Roll Out The Red Carpet For The Fresh Prince

Across its 7th season, Fortnite has been ramping up its collaborations. We’ve seen characters from The Suicide Squad, Free Guy, Guardians of the Galaxy and Rock and Morty. And while Smith does have an upcoming film releasing this year, King Richard, it doesn’t quite fit the bill for Fortnite advertisement.

Fortnite news channel @HYPEX released stills of the upcoming skin. In its rendered image, the Fresh Prince seems to be wearing an outfit similar to that in the Bad Boys series. While Smith has a variety of popular franchises that could be featured in Fortnite, but Bad Boys is the most suitable.

As this is a leak, we have no news on when the skin will be arriving in the Fortnite store. But with the leaked images fully rendered, it suggests that the Fresh Prince’s arrival could be imminent. A further leak from @HYPEX showcasing Will Smith dancing, seems to confirm the skin and its readiness even further.

While the Hollywood star’s arrival may be a surprise it isn’t his only run-in with the battle royale. Smith previously entered meme-status when he spotted the Party Bus in the infamous YouTube Rewind 2019 video.

However, I reckon that this collaboration will be a lot better received. Hopefully, we will have an official announcement from Epic Games Soon.

Will you be picking up the Will Smith skin when it arrives in Fornite? Let us know over on our social channels!