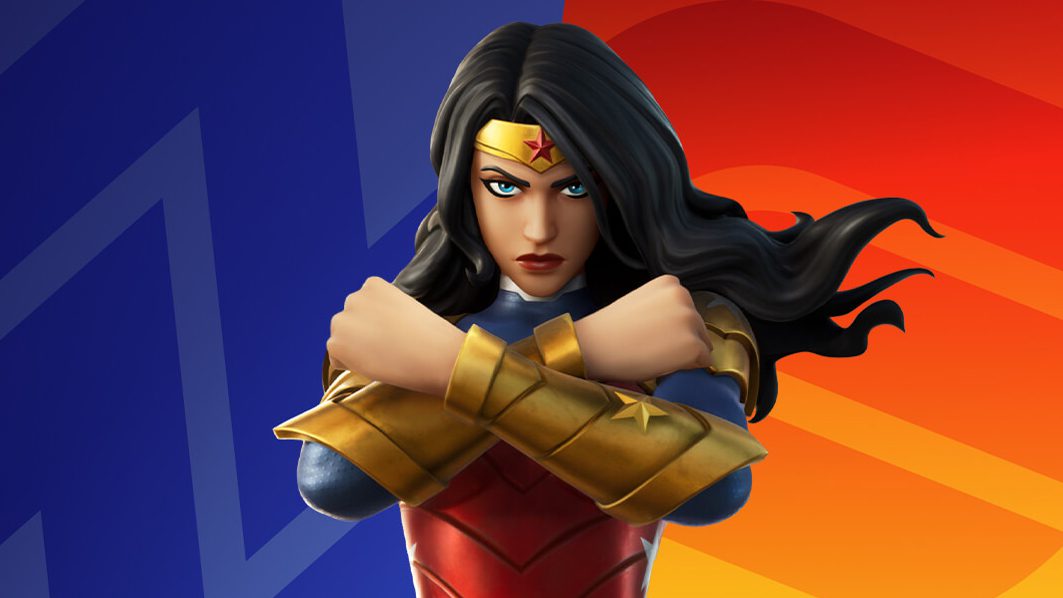 Fortnite has been steadily building up its superhero roster, with many Marvel characters making their way into the game. Gamora of Guardians of the Galaxy arrived just this month. However, with its undeniable pull, Fortnite has also managed to create the crossover we will probably never see in the cinema.

Some of DC’s characters such as Batman, Superman, and The Suicide Squad’s Bloodsport have been joining their Marvel cohorts. And the Amazonian Warrior will be the latest addition to the DC lineup.

As the invasion continues across Chapter 2 Season 7, Fortnite is finding plenty of characters to call in for help. Wonder Woman has heard the call and swaps out Paradise Island for Fortnite Island.

Epic Games has revealed that Diana Prince will come with her Golden Eagle Wing Glider, Athena’s Battleaxe, DC Trinity Loading Screen, and a Mantle Back Bling – which will be available in two variants. Wonder Woman will be available to purchase through the Fortnite Store on August 19th.

However, if you simply cannot wait until then the Wonder Woman Cup will arrive the day before on August 18th. This will give players the opportunity to earn the Wonder Woman outfit and Diana’s Back Bling before it hits the store.

You and one other player have three hours to gain as many points as possible across 10 matches. Each kill earns players 1 point. The top-ranking teams in each region will receive the Wonder Woman DLC. However, if you earn any more than 8 points you won’t leave empty-handed, as you’ll be gifted the Honorary Amazons Loading Screen.

With the arrival of Wonder Woman, squads will be able to assemble their mini Justice League team. And hopefully, that DC roster will only continue to grow.

Will you be picking up this Wonder Woman outfit when it launches this week? Let us know over on our social channels!