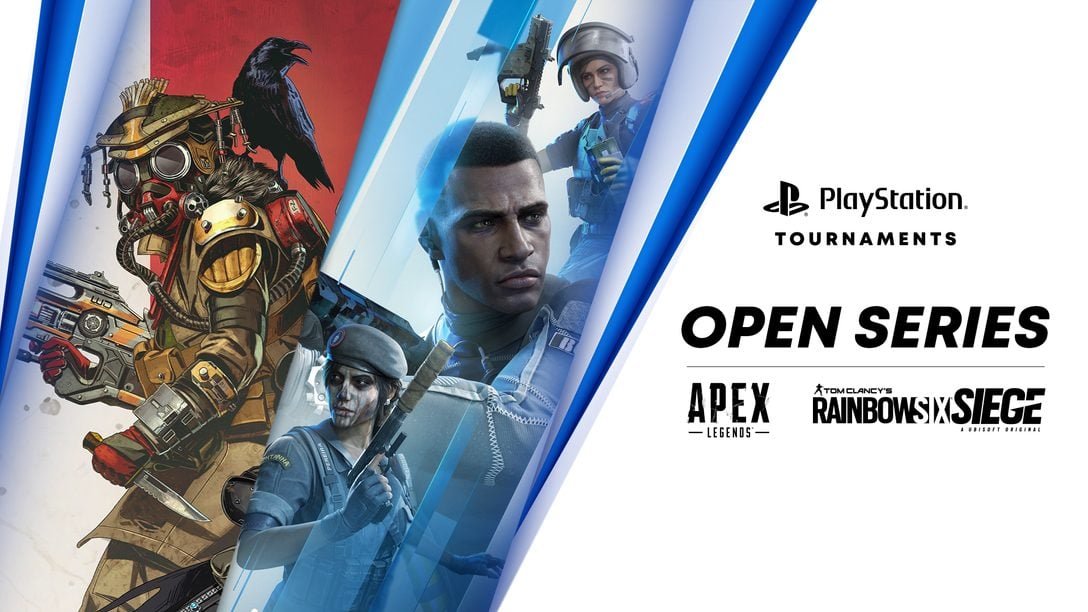 Apex Legends and Rainbow Six Siege have joined the PlayStation Tournaments: Open Series, meaning you can compete online with your friends.

Esports has become a worldwide phenomenon as gamers flock to watch their favourite teams compete in their favourite games. However, PlayStation has been working ways for the players themselves to play, watch and learn with its ongoing Open Series.

The Open Series allows teams to apply for various tournaments, across games such as Mortal Kombat 11, Call of Duty Black Ops Cold War, and FIFA 21. And PlayStation has now announced that Rainbow Six Siege and Apex Legends will be joining the Open Series.

It’s a big surprise that PlayStation has taken so long to include both Apex Legends and Rainbow Six Siege. The two already have their own high profile Esports tournaments in the Apex Legends Global Series and the Rainbow Six Invitational.

Tournaments are usually reserved for PC players, so it is nice to see console players given the opportunity to compete. All players competing must own a PS4, and other than that, anyone can sign up.

The tournaments come at a good time for the shooters. Rainbow Six recently entered its Crystal Guard season, with the introduction of new operator Osa. Similarly, Apex Legends launched its 10th season, Emergence, with a new meta-changing legends called Seer. If you fancy jumping into the Apex Legends tournaments, we have a handy guide for which guns you should be using.

The tournament, while not offering masses of cash, does have some prizes. Being placed in the top 40% will land you with a PlayStation Tournaments Elite Theme and Avatar, and an Apex Legends Elite Theme and Avatar. However, those that come in the first place will receive $100 in prize pool money. If you make it through to the monthly finals, however, players could win between $100 and $400 dollars when placing 4th to 1st.

Do you fancy trying your hand at the PlayStation open tournament? Let us know over on our social channels!