Down below you will see all the several PlayStation 4 games that have been confirmed.

The on that made an appearance today during the Playstation2013 meeting

Driveclub will be the first PS4 racing game. Evolution Studios has announced this game during Sony conference in New York City.  The game featuring real time render. A debut trailer can be found down below.

Killzone: Shadow Fall  first revealed at the PlayStation meeting. The gameplay and the graphics show what the playstation 4 truly made of, the horse power visualize of the PS4 look phenomenal. A demo can be found below.

Knack is a new IP game currently under development that is taking full advantage of the PS4′s new processing and graphical power. Demo can be found below

Deep Down is a new IP title for the the PlayStation 4. The game is developed by capcom. It is powered by ther new “Phanta Rhei” engine.

Diablo 3 has been available on the PC for a while, today Blizzard Entertainment  confirmed Diable 3 will be available for the PS3 and the PS4.

Square Enix CTO Yoshihasa Hashimoto announced that a new sFinal Fantasy title is in the works for  the PlayStation 4 .More to Revealed This year at E3

The Witness is a Playstation 4 title. It was revealed by Braid creator Jonathan during Sony press conference today in New York City.You can watch the first trailer down below.

Today Activision revealed Bungie’s new FPS title Destiny and is set to release for the  Playstation 4 and Playstation 3.
Check out the gameplay down below 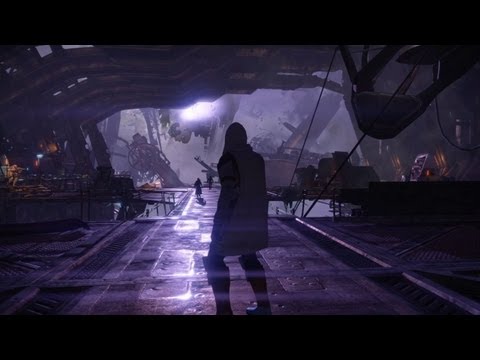 For more coverage about the PS4 visit our PlayStation 4 category–> http://fraghero.wpengine.com/category/ps4/