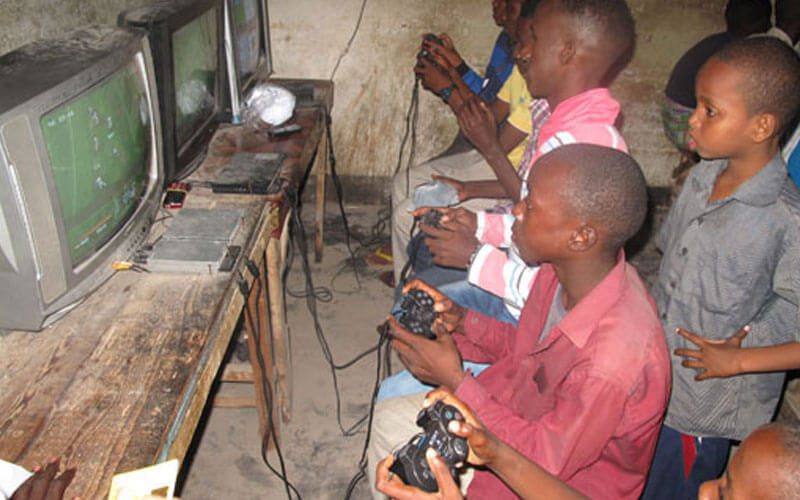 Compared to where most of us grew up, Somalia is not an easy place to live. The easiest way to demonstrate that is to say the word “piracy“. When most of us hear the word piracy, we’re thinking about Napster, torrents, that drummer from Metallica, and people who steal video games instead of supporting the developers. In Somalia, on the other hand, the word piracy literally refers to pirates. Like, actual pirates going around on boats and doing pirate things.

Somalia’s pirate problem didn’t begin out of malice or greed, it came about due to desperation. Somalians used to earn an honest living through fishing, but foreign boats started illegally fishing in their waters, thus making it impossible for the Somalians to live off their land.

On top of that, other countries were using the Somalian shores as a place to dump their toxic waste. This, in turn, cripples the fish populations, and obviously the quality of the meat from said fish is going to suffer. Would you want to eat poisonous fish? We could go on and on about the travesties suffered by the Somalian people, but I just wanted to give a little bit of insight into the whole piracy concept. It doesn’t justify some of the horrible things Somalian pirates have done, but it does lend some context as to how things got to be the way they currently are.

Kids in Somalia are more likely to play sports games, since war games are a bit too real when you’ve actually lived it.

When communities are met with desperate times, they resort to crime and desperate measures. That doesn’t mean the majority of the population are criminals, but that’s usually what gets reported on. The same is true anywhere on earth. Think of housing projects in America, reservations and residential schooling in Canada, the natives of Australia, the class wars in the UK, and so on and so forth. Most people don’t want to resort to crime or hurting anyone else to survive, and Somalians are no different.

“This [gaming] is his day-long activity because I don’t want him get bored and go to war. The busier they stay the more tired they get and the more they ignore violence,” said a Somalian father in an interview with The Guardian.

But the allure of a way out of poverty for yourself and your family, having the latest toys and gadgets, and just finally having some control over your life can be too tempting to avoid, and it draws too many young Somalians into a life of crime. Parents want the best for their kids, including a better life than they did, which is another universal truth regardless of where you live. In a lot of countries, this means that parents encourage their kids to read, to play outside, to do anything that involves putting down the video game controller. In Somalia, on the other hand, spending hours in front of a console is actually a lot safer and more productive than many of the temptations that exist in the streets; instead of taking away the games and making their kids play outside, Somalian parents are doing the exact opposite.

Activities like playing video games were banned when Mogadishu, the capital of Somalia, was under the control of al-Shabaab, a local affiliate of Al-Qaeda. Now, playing games isn’t just a distraction or a way to pass time for these kids – it’s a way to stay safe and to celebrate their freedom from the rule of terrorists.

Let’s just add this to the growing list of reasons why gaming is good for you.