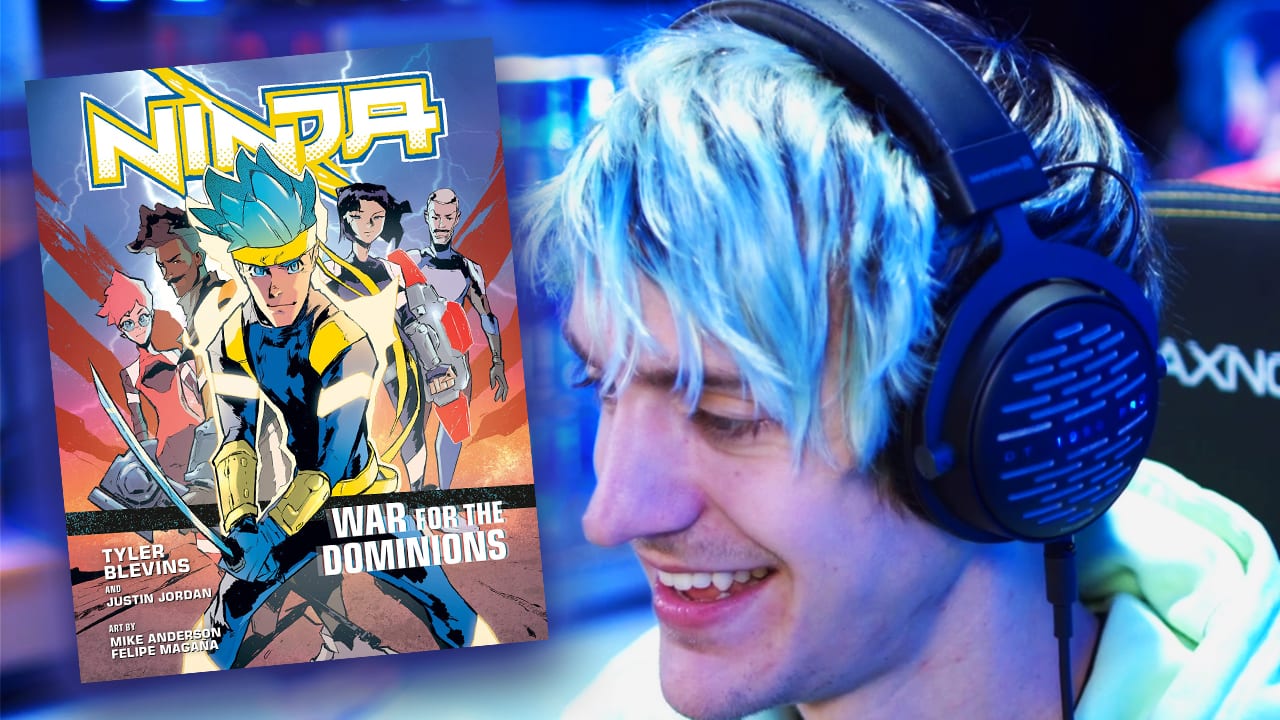 Tyler ‘Ninja’ Blevins has written a sequel in his graphic novel series, titled ‘Ninja: War for the Dominions’.

The internet sensation previously published his first graphic novel in 2019, called ‘Ninja: The Most Dangerous Game’. It stars the blue-haired personality himself as the “undisputed champion of the world’s most popular online battle royale”. Those are his words, not mine.

The story of the original novel saw Ninja receive a package that transported him into an alternate battle-royale themed universe. His mission was “to stay alive, win the game, and, ultimately, save the world.”

This time, the premise revolves around Ninja and his squad defeating seven unruly beasts let loose upon the alternate dimension.

An excerpt from the blurb reads:

“Empowered by the resilience of Ninja and his friends in the Ketterung – a broadcasted battle-royale game realm controlled by evil overlord Strigus Thule – the people in all of Thule’s 1000 Dominions are now rebelling. In response, Thule unleashes his Great Beasts, seven of the most powerful victors from previous games, kept to serve as the villainous gamemaster’s tools for all of eternity.”

It’s written in collaboration with Justin Jordan. He’s known for writing several issues of DC’s Green Lantern run as well as co-creating ‘The Strange Talent of Luther Strode’. The art is by Mike Anderson and Felipe Magaña.

Ninja used to be the most subscribed Fortnite streamer on Twitch. That was until Tfue knocked him from his throne in 2019.

Since then, Ninja had a dalliance with Microsoft’s streaming service Mixer before it shut down last year. The prominent personality has since moved back to Twitch where he is streaming a variety of games regularly.

Will you be picking up a copy of the new Ninja graphic novel? Let us know across our social channels!