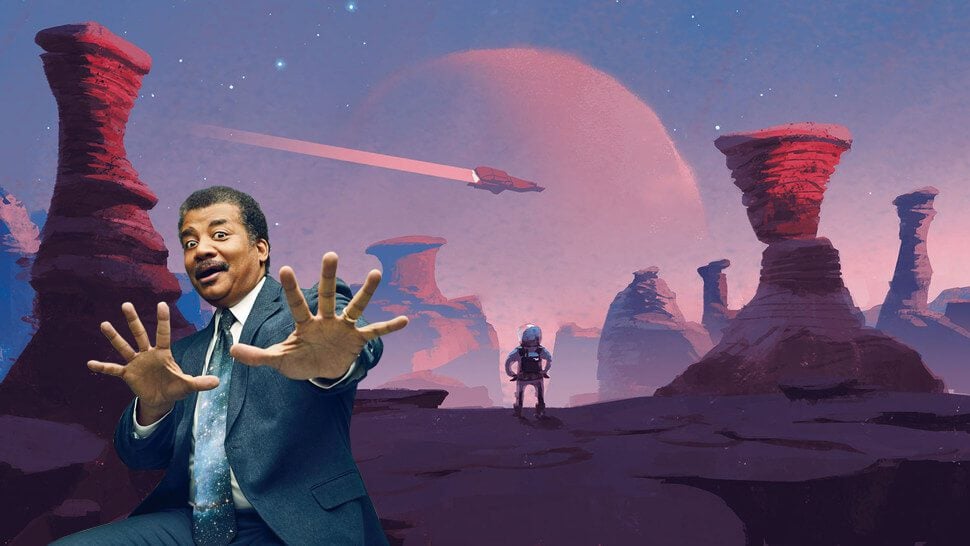 Famous astrophysicist and master science communicator Neil DeGrasse Tyson is behind a new educational game called Space Odyssey that is designed to be a realistic physical simulation of the great unknown. The game is meant to teach people more about space and science through an explorational game where players build their own galaxies. The game’s tagline is “AN ONLINE MULTI-PLAYER GAMING EXPERIENCE TO CREATE AND EXPAND YOUR GALACTIC CIVILIZATIONS.”

The game is being designed by Whatnot entertainment, and is said to be similar to games like Civilization and Minecraft. Space Odyssey has realistic physical elements like the mechanic of an expanding universe and players even get to create their own spacecraft and obtain/mine for valuable elements and gadgets.

“Part of the gameplay will allow you to grow a planetary system, Its size and scope is relative to the level of challenge you would like to undertake. You can grow and mature these planets as much as you’d like, creating colonies, ports, mining structures, undertake trade of elements you discover/mine or invent or innovate. We are adding strategic partners that will consult with us on design and tech possibilities, including Bigelow Aerospace and the National Space Society to name a couple.” -Mark Murphy of Whatnot entertainment.

Tyson is not just a celebrity influencer attaching his name to the project and promoting it, he is heavily involved in the games development and has helped create elements of the game with his vast knowledge of physics and science.

Space Odyssey comes at a perfect time (no coincidence) after the grand humiliation of No Man’s Sky which is being officially investigated for false advertising. The game will be available on PC (Steam) and mobile and available for preorder in 2017. Here is the game’s trailer: