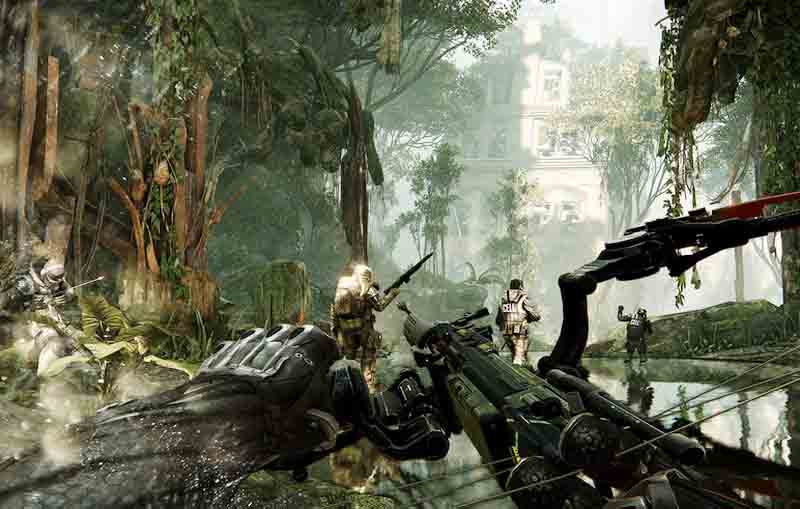 For a video game to be considered a successful title it needs to have several characteristics: an immersive story, high quality graphics, enjoyable gameplay, and physics that work according to the story. Some games might indulge into some gravity defying tricks or exaggerated fighting moves but the core must always remain free of obvious physical glitches. Because there are some gaming titles that are especially accurate when it comes to rendering real-life effects, we’re going to compile a list of the best 10 games that have the most interesting in-game physics. 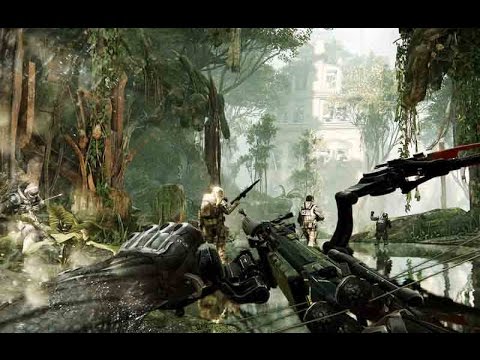 The third installment of the Crysis series is a first-person shooter that was released in 2013 and is often regarded as the best “did my PC melt due to high requirements” test. The game is powered by Crytek’s proprietary engine: CryEngine 3 and includes some of the most innovative features developed back then. The ones that definitely deserve to be mentioned are the volumetric fog shadows, the dynamic caustics and the improved dynamic vegetation. Thanks to all of these traits, the graphics and the overall physics, Crysis 3 is definitely a game that should be played by everyone.

Star Wars: The Force Unleashed is an action-adventure video game that can be played from a third-person perspective. It lets the player use both the Force and a light saber as weapons to take down his enemies. Combos are highly encouraged seeing how there are various opponents that will cross your path. You have to actually change your moves and tactics often enough since the villains learn from the attacks used before and become more difficult to defeat. The Force Unleashed has been appreciated for its hearty physics built upon Lucas Arts’ proprietary “Ronin” game engine. The developers had to find a balance between realistic and entertaining physics.

Grow Home is an adventure platform video game where a robot named B.U.D. has the task to grow a plant necessary to oxygenate his home planet. The player uses BUDs arms to climb and interact with other objects while exploring an open-world type of environment. It was built using the Unity game engine and it features procedural animation and physics-based gameplay, which permit the player’s movements to adjust to the game’s setting. Grow Home is a great example of what the Unity engine can do, being praised for its sandbox world, animation, controls and visuals, even though people were disappointed of its short length.

Toribash
Toribash is a third-person martial arts fighting game that uses physics-based attacks. It offers a 3D turn-based gameplay and is a freeware type of game developed by a Swedish software developer named Hampus Söderström. The ragdoll physics allow the player to manipulate the joints of the doll-like character to make it move in certain ways. Some of the possible movements include raising and lowering the shoulders, tilting the lumbar left and right, grabbing or letting go from your hands and contracting and extending of the model’s neck, elbows, wrists, abdomen and hips. Toribash is an excellent example of a fantastic use of complex ragdoll physics when it comes to the gameplay.

RAINBOWSIX |SIEGE
Tom Clancy’s Rainbow Six Siege is a first person tactical shooter that puts an emphasis on the environmental destruction and the cooperation between players. It’s different from the previous titles of the series in the sense that it only offers an online mode, the campaign being excluded this time. The physics used to render the procedural destruction of the environment works really well, offering a highly realistic response to the player’s actions. For example, thanks to the layered material system used, environmental objects of different materials show different reactions to an attack.

Trials Fusion
A platform racing video game, Trials Fusion is a follow up of the critically acclaimed Trials Evolution. The level design, controls, graphics and the amount of content available are traits that have been praised by the gaming community. The physics-based motorcycle the player has to control in order to participate in the rounds of trials has very accurate responses to movement changes, landings and crashes, making this game a very good example of well implemented realistic controls. The player can perform wheelies and stoppies as well as flips by controlling how the rider shifts their weight forward and backward, similar to real life, but comfortably simplified.

Battlefield 1
Battlefield 1 is one of the newest sensations on the gaming market, being highly praised for its World War I theme, multiplayer modes, visuals, sound design, and single-player campaign. Besides these characteristics it also offers real-life physics that contribute to the already poignant immersion the game offers. The destruction of the environment features new characteristics that make it seem even more real, also, the bullet drop has improved mechanics that allow changes to the bullets velocity and height as the distance between the shooter and the target grows. Battlefield 1 has many to offer and it surely manages to emulate the feeling of a real war zone.

BeamNG.drive
Because simulation games are well known for using realistic physics in their gameplay, BeamNG.drive is a 2015 title that offers pretty interesting car races. It uses a real-time soft-body dynamics physics structure to simulate the vehicles, this means that the cars have an invisible skeleton with realistic parts that have individual weights and deform in the event of a collision. The exciting fact is that the game’s engine constantly calculates equations in real-time during the gameplay. BeamNG.drive offers three modes: Scenarios, Campaign Mode and Free Roam Mode. It also received interest from the film industry to model stunt cars so they can be tested using a cheaper method.

HALF-LIFE2
Powered by Valve’s Source game engine, Half-Life 2 is a first-person shooter that continues the story of the iconic protagonist Gordon Freeman. The game received critical acclaim for its cutting-edge physics, animation, sound, AI, graphics, and narrative, winning 39 “Game of the Year” awards and the title of “Game of the Decade” at the 2012 Spike Video Game Awards. Its detailed physics simulation is used to render many of the newly introduced features. Environmental puzzles with crude mechanical systems revolve around the player’s new skill to pick up, move, and place objects, physical properties like shape, weight, and buoyancy are key elements that work in such a way as to solve the well-crafted puzzles.

Kerbal Space Program
Kerbal Space Program is a space flight simulation game where the player leads an emerging space program crewed by humanoid aliens known by the name of Kerbals. The game has a realistic orbital physics engine, allowing for real-life orbital maneuvers such as Hohmann transfer orbits. Every object in the game, except the celestial ones, is under the control of a Newtonian dynamics simulation, vehicles could be easily torn apart by extreme or improperly directed forces. Kerbal Space Program is one of those games that is hard to master and it even caught the attention of certain members of the scientific community, including NASA and SpaceX’s Elon Musk.