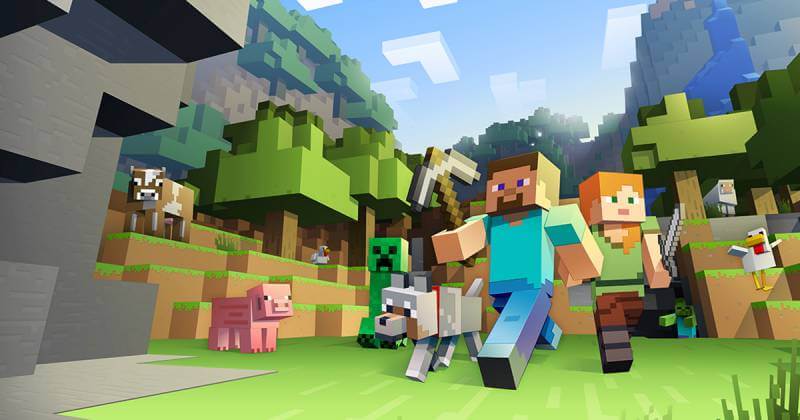 Minecraft and Rainbow Six Siege have seen massive boosts in their Twitch chart standings, as some of the most-streamed games falter.

While the top spots remain as steady as ever, with League of Legends and Grand Theft Auto V battling it out, other smaller titles have steadily crept their way up the charts this week.

Among them is Minecraft which saw a 65.7% increase in viewers this week, bringing it up to the number 4 spot. Minecraft has shot its way past the likes of Apex Legends, Valorant, Fortnite and Warzone.

SHOOTING FOR THE STARS

Minecraft’s rise comes after a disappointing week for the typical big hitters of the Twitch charts. Apex has naturally seen an 11.1% decrease as players settle into its 10th season, and Valorant continued to fall with a 13.6% decrease. However, the surprise lay with Warzone and Fortnite.

Fortnite saw just a 1.1% increase, despite launching its new Among-Us rip-off mode Imposters. Epic Games were likely expecting a bigger reception in a move that irritated many of the Among Us devs. And while gaining a bit more of a bump, Warzone increased 15.5%, despite featuring its weekend-long in-game Vanguard reveal. This comes after many players switched over to Apex Legends due to ongoing cheating issues.

Alongside Minecraft’s increase was Rainbow Six Siege, which saw a staggering 310% increase. This is likely the perfect storm of the game’s new season and operator Osa, and the ongoing Containment in-game event. A recent deep dive for the upcoming spin-off Rainbow Six Extraction also likely drove up some interest in the property. However, this increase just wasn’t enough to see Siege take a spot in the top 10, as it sat at 13.

It looks like this week saw little bit of a shakeup with the numbers. However, with as was the case with Apex Legends, Siege will likely fall as the appeal of a new season fades. Minecraft on the other hand is a complete mystery, as the near 10-year-old game continues to bring in decent numbers.

Were you watching any of the biggest games on Twitch this week? Let us know over on our social channels!