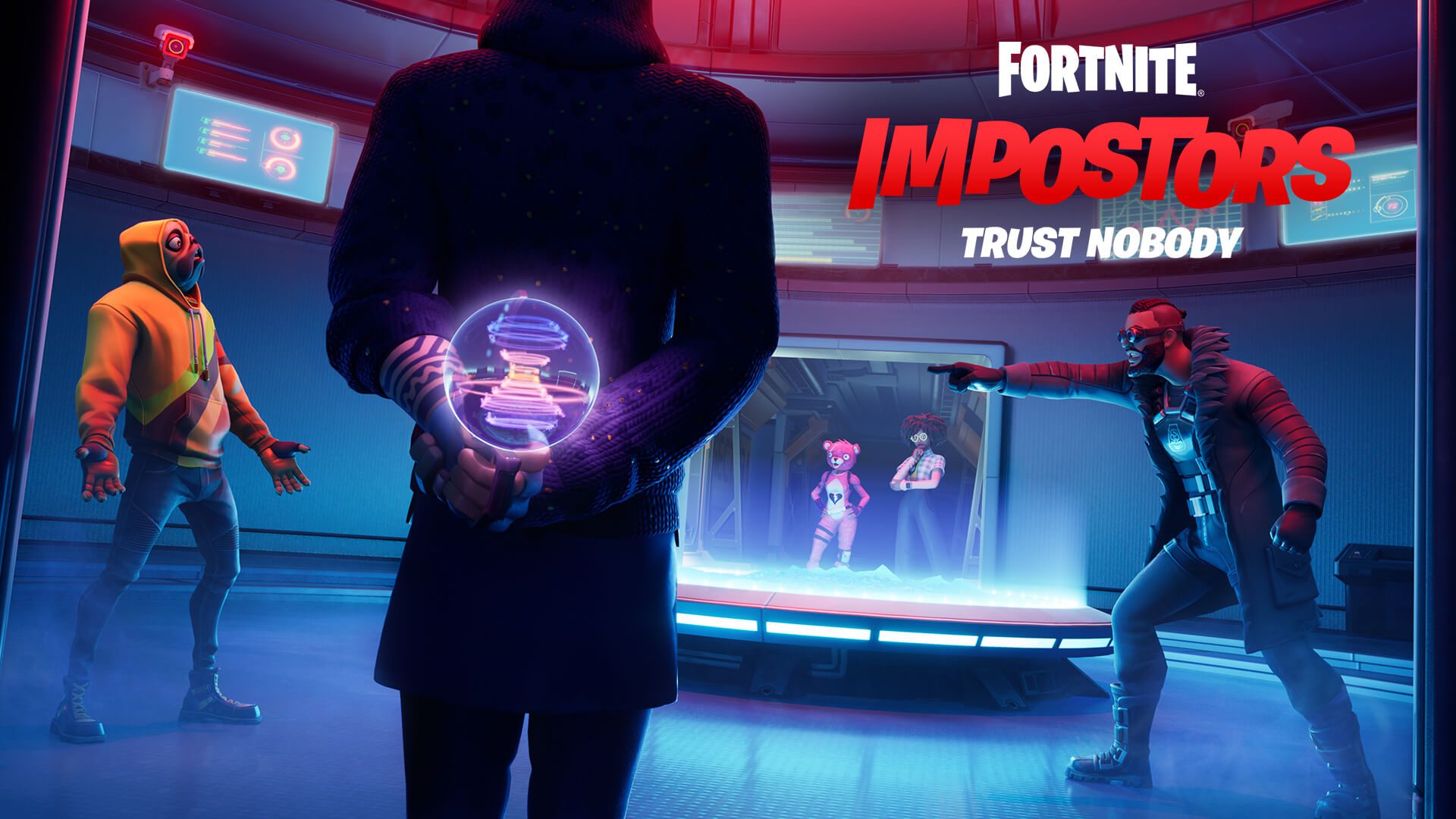 Fortnite is cashing in on the popularity of Among Us with the newly announced Impostors mode, and Among Us devs aren’t happy about it.

Among Us took over modern gaming consciousness last year with its simple yet sociable premise. Rooting out the impostors in a failing ship may seem dull on paper. But group debates and intense cat and mouse games are a recipe for success.

And that success is something that the games industry has struggled to ignore. Call of Duty Cold War recently launched its imposter filled mode “Double Agent” along with Season 5. But while Cold War has adapted the premise and made it unique to Call of Duty, Fortnite didn’t quite take the same approach.

I don’t want to cast aspersions, but have you seen Fortnite Impostors? It’s a pretty close imitation of the Innersloth hit. In it, a team of eight will carry out tasks said to maintain the Imagined Order. On the other side are the Impostors, because apparently, they couldn’t even change the name. Impostors aim to eliminate all Agents without being detected and voted out.

Epic Games version does have some slight changes, but anyone who has even heard of Among Us will notice the similarities. And with its obvious inspiration, some of the Among Us team have vented their frustration via Twitter.

Wallick continued “this was just another fun reminder of how tiny we all really are.”

Among Us programmer Gary Porter even pointed out the similarities between the maps in Impostors and Among Us.

Too Popular To Ignore

The popularity of a product within gaming often leads to this gradual spreading. I mean, look at battle royale, which has sprouted from the likes of Minecraft Hunger Games. But for Epic Games to wear its influence on its sleeve, it must be disheartening for the Among Us team.

Innersloth have managed to capture a massive audience and support it on a budget the fraction of the size of Fortnite’s. And as Fortnite continues to draw in massive audiences with its collaborative skins, it’s a wonder why the studio didn’t work with Among Us. The new mode is available now, and players can take a closer look at what the game entails via its official page.

Are you Team Fortnite or Team Among Us? Let us know over on our social channels!