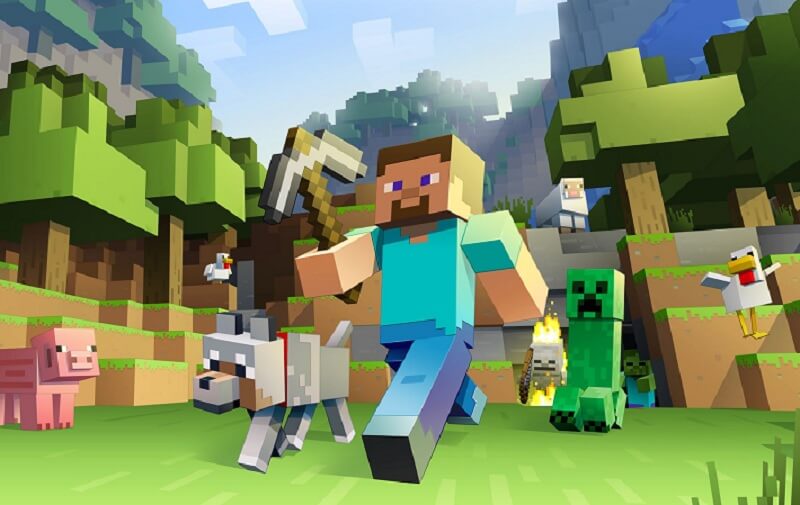 After its surge into the top five last week, Minecraft has managed to hold its spot on the weekly Twitch charts as the big hitters slump.

The weekly Twitch charts have seen some of the biggest games lose viewers. League of Legends and Apex Legends each saw close to a 10% drop, and Valorant nosedived by 17%. Even Fortnite saw yet another drop of 3.5% despite featuring the new Martin Luther King exhibition, and its new mode Imposters launching.

However, Minecraft managed to mantain its hold on the number four spot, and even saw yet another increase of 9.1%. That brings Minecraft’s viewing figures up to 23.1 million.

Who’s Bringing In The Views IN THIS WEEK’S TWITCH CHART?

Surprisingly absent from the top ten, was the Call of Duty Vanguard Alpha. Players got their first hands-on with gameplay for the upcoming shooter, but it only managed to come in at 63rd place, with 932,000 viewers. A lot of this was likely down to its PlayStation exclusivity. However, it likely did cause the 7% increase for Warzone, as players look forward to the eventual implementation of anti-cheat.

After its monumental surge last week, Rainbow Six Siege also fell way back down the charts to 45th place. In its place of this week’s rising star, Dota 2 squeezed its way into the top ten, with a 27.5% viewer increase. Counter Strike just manage to stay ahead of Dota 2 however, with its own increase of 9.1%.

Among all of this however, Grand Theft Auto V reigned supreme at the top of the charts. It even saw a 5.4% increase, bringing its viewer count up to 35.3 million. And with its next-gen upgrade just a couple of months away, this number will likely surge even further.

What have you been watching on Twitch this week? Let us know over on our social channels!