A new video shows over 30 minutes of Dragon Age: Inquisition in action from the Digiexpo event in Finland. One of the developers talks over the footage explaining and giving context to the quest we are seeing and the new mechanics and of the game.

The mission shows how the decision making system works. You make them in both dialog trees, but also actions can speak louder that words as we are told why the Inquisitor decides not to protect the attack village. Doing so would have overridden a previous choice made in evacuating the people. The new style and additions to combat are also detailed below.

Dragon Age: Inquisition is set for release in the Fall of 2014 for PlayStation 3 and PlayStation 4 as well as other platforms. 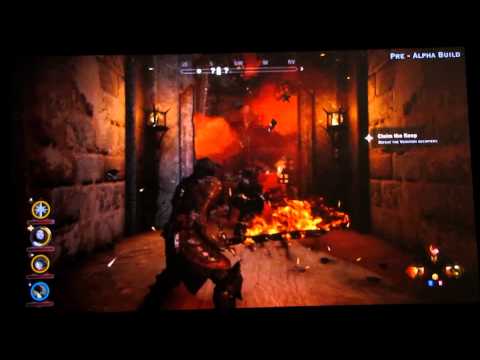