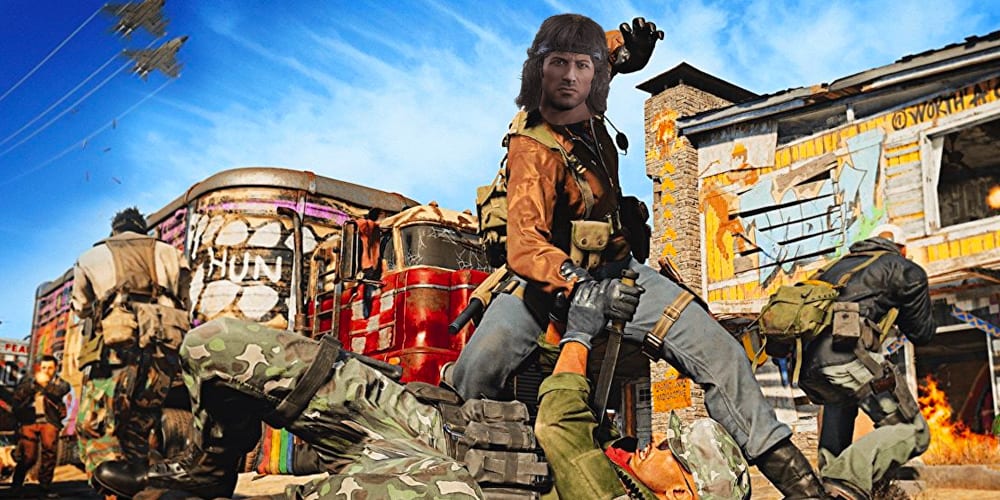 It looks like a Rambo operator skin is on its way to Black Ops – Cold War and Warzone.

The not-so-subtle tease comes from the official Call of Duty Twitter account. A tweet shows a Warzone report card with a bunch of statistics relating to kills, total game time, and games played.

The caption reads: “Does anyone know SURVIVORJOHN#1009062? Their #WarzoneReport is a sight to be seen.

Without the caption outing the name of the soldier as John ‘Rambo’, it would have been hard to decipher what the statistics meant. Thankfully, the obvious hint indicates that the statistics all relate to the Rambo movies.

The total games played and wins achieved are listed as five – that’s how many Rambo movies there have been over the years. The original three movies released between 1982 and 1988. A reboot came about in 2008 with Sylvester Stallone reprising the role, and again in 2019 for a sequel.

The kill counter is accurate to how many people Rambo kills throughout the runtime of all five movies. Kudos to whoever it was that had to count them all up.

Speaking of runtime, that’s exactly what the ‘hours played’ statistic is referring to. At 7 hours, that’s how long it would take to watch all five Rambo movies back to back.

Could crazier skins come to Warzone?

When the Rambo operator skin finally drops, it will be the first crossover cosmetic for Call of Duty Warzone. It could signal the beginning of Call of Duty getting crazier with its cosmetic designs, similar to how Fortnite unites several franchises under one roof.

We’re excited to see just how the new skin will look. It’s not yet clear whether the cosmetic will be modelled after a younger or older looking Stalone in the role. Could it be possible that Stalone will return to provide additional voice lines to the character? We’ll have to wait and see.

What other crazy cross-over skins would you like to see come to Warzone? Let us know across our social channels.