PeeBee is an impulsive and quirky Asari companion in Mass Effect: Andromeda. The voice actress for PeeBee is Christine Lakin, who gave us some new insights into her latest character.

In Andromeda, you can play as one of two twins, either Scott Ryder or Sara Ryder. The character that you choose may have an impact on whether or not PeeBee is able to be romanced, or it may not. She may be able to get involved with either of them, we’re not sure yet, but based on what we know, PeeBee cab be romanced by at least one of the twins.

When it was revealed that PeeBee comes out of her shell and feels things she hasn’t felt before, including love, that was a strong hint that this would be a character you could romance in the game.

When a fan reached out to a producer of the Mass Effect Trilogy and Andromeda, it was confirmed: 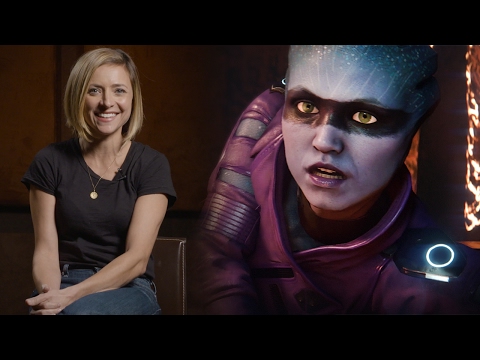 Mass Effect Andromeda drops next month, are you ready? If you’ve still got to catch up on the past titles, you can get them as part of EA’s subscription service for about five bucks a month. Details are still unclear about certain aspects of Mass Effect: Andromeda, but if you’re a huge fan then it’s not the end of the world to just wait and see for yourself. For example, there’s supposedly going to be a co-op mode, but we’ll have to wait and see how it all plays out.