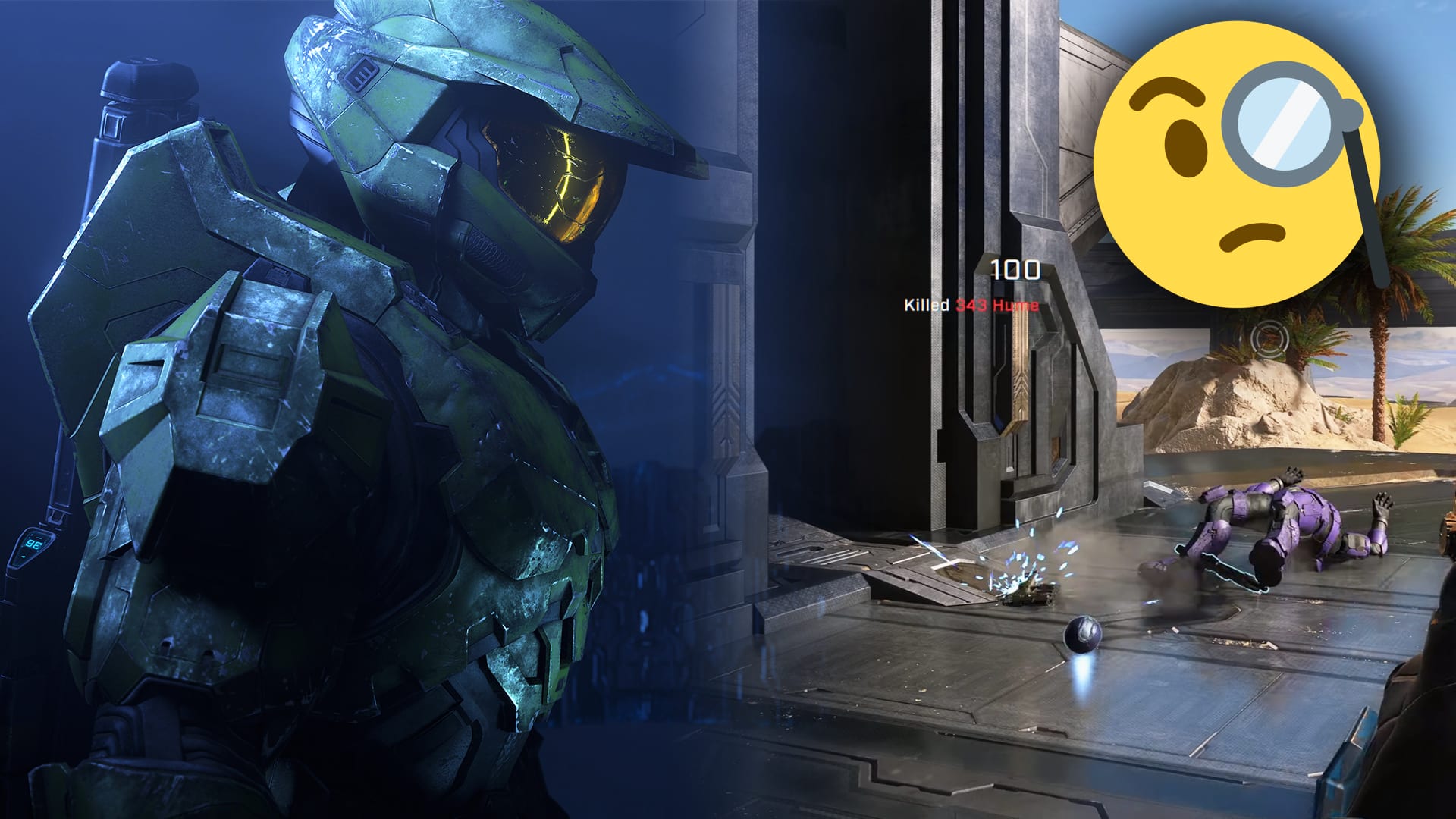 Fans are beginning to notice tiny details in Halo Infinite gameplay that could indicate the year-long delay was worthwhile.

Developer 343 Industries recently released a deep dive video discussing the intricacies of Halo Infinite’s multiplayer mode. They discussed everything from the design philosophy to how the live service will work. Much to fans’ excitement, the studio promises that the seasonal Battle Passes will never expire.

Since the video released, dedicated Halo fans have combed through every frame to learn new information about the upcoming game. From the looks of things, it seems as though the physics engine of Halo has seen a huge overhaul.

In this clip, a killed player can be seen rag-dolling to the floor in an incredibly realistic way. If you look closely, his weapon and grenade cause sparks to fly as they make contact with the metal ground.

It’s a tiny detail, but one that gives gamers hope after the first Halo Infinite gameplay reveal left much to be desired. After receiving a barrage of online criticism, Halo Infinite was delayed by a year and is now scheduled to release this Holiday.

While Halo Infinite certainly seems to be shooting for a stylised look akin to its earlier days, the graphics in this new showcase are no mean slouch. Knock the trailer up to its full 4k 60fps glory and you’ll be able to appreciate the modern lighting and exceptional particle effects.

“The sandbox is Halo”

Part of why the physics engine seems such a big focus for 343 is because it feels it’s pivotal to Halo’s gameplay. As lead multiplayer engineer, David Garza, says: “What makes Halo feel like Halo? I feel like the answer to that question is the sandbox. The sandbox is Halo.”

Similar to Battlefield, Halo is at its best when the most unlikely scenarios occur naturally because of the game’s sandbox nature. With both a new Halo and Battlefield live service on the way this year, it certainly seems like we could be entering another golden era for multiplayer shooters.

Halo Infinite is due out this holiday on Xbox Series consoles and PC. The multiplayer will be completely free to play while the campaign will arrive on Game Pass.

Are there any other tiny details that you spotted in the Halo Infinite multiplayer gameplay? Let us know across our social channels.