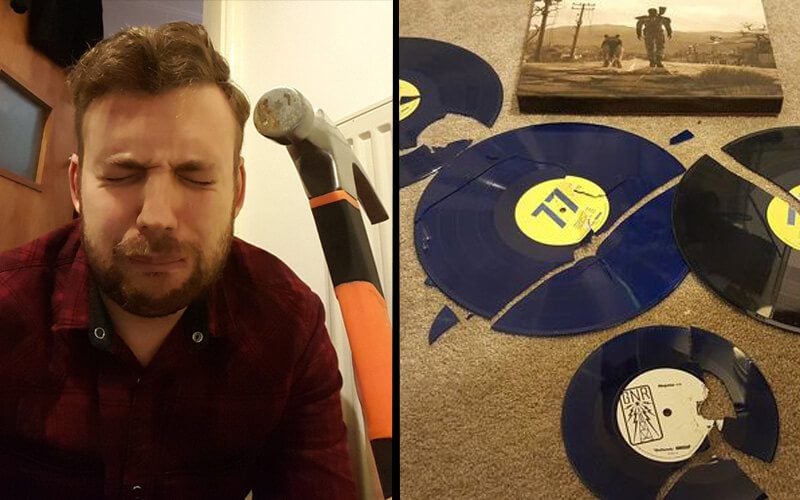 Here’s a painful one for ‘ya. If you love all things Fallout, you might have decided to spend your hard earned cash on the limited edition four disc Fallout 3 soundtrack back in the day, like Paul Watson did. Hopefully, you weren’t as unlucky as he was.

To his surprise, one of the four discs was warped and unusable. After spending $120 on the collection, his next course of action was a logical one, to contact Bethesda customer support for a refund.

Bethesda complied, but not exactly how he expected as he was only paid $25, even after providing photographic evidence of the faulty record. It turns out Bethesda only refunded him for the one bad record and not the whole thing.

Like any sane person, Watson swiftly got back in touch with customer support, where they explained the whole ordeal, along with a couple of steps on how to get his full refund. See the message from Bethesda below.

The guy shared his ordeal with the world via Twitter –

Well, my experience with Bethesda support has reached its pretty horrifying conclusion. pic.twitter.com/OOPNu6HAZy

This isn’t necessarily new or unheard of, providing photographic evidence of destroying the products to prove the buyer isn’t scamming the seller is a good way to prove it isn’t an attempt to rob them.

However, when it comes to a limited edition vinyl set of the Fallout 3 soundtrack, I’m sure Watson’s heart broke quicker than the records did. To make things worse, the ‘have a lovely day’ statement from customer support must have rubbed salt in the wound.

Have a lovely day destroying those limited edition vinyls that you paid over $100 for. From everyone here at FragHero, we hope that you make a speedy recovery, and that besides the obvious reasons against it, the remainder of your day was in fact, lovely.

Destroying a full set of vinyls for the sake of one seems a bit harsh on the part of Bethesda and having it replaced with a mere $120 dollars for something that isn’t manufactured anymore.

Me personally, I would have kept the records. It’s not like I have a record player anyway. What about you? Would you have complied with Bethesda’s instructions for the refund or told them to stick the $25 where the sun doesn’t shine?

At least it wasn’t the Pip-boy, now that would of been pretty devastating.