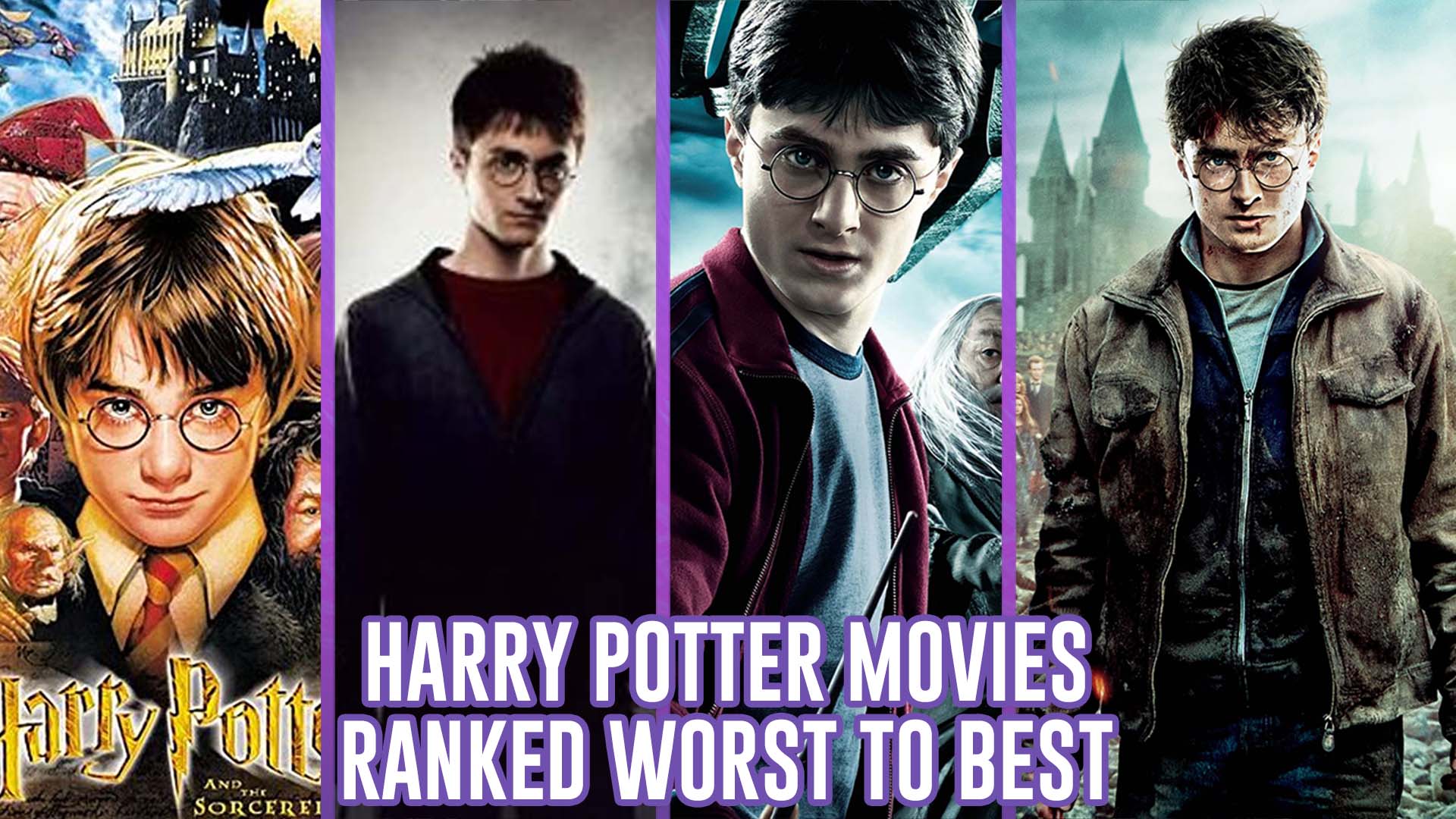 The Harry Potter movies are beloved by many, but it’s fair to say that some are far better than others. We all have our favourites, sure. But when it comes to the films that tell the most cohesive stories and have the more stunning visuals, some stand out from the crowd.

The adventures of Harry, Ron and Hermione have been watched by millions. We can scarcely believe that it’s been over ten years since the films concluded. The memory of leaving that theatre teary eyed is still fresh in our memories.

To celebrate 20 years of the Harry Potter films, here they all are ranked in order from worst to best.

8 – Harry Potter and the Half Blood Prince

I don’t think I’m saying anything too controversial here when I put Half Blood Prince at the bottom of the list. Set in a time when the Wizarding World is now fully aware of Lord Voldemort’s return, it explores some interesting themes. Seeing how the magical society reacts to the returning threat is interesting to watch, and it serves as a great bridge between Order of the Phoenix and the final two movies.

However, watching Half Blood Prince isn’t something that’s particularly enjoyable. It’s easily the darkest film of the bunch, quite literally. Filmed with drab colours, there’s very little joy to be had in the viewing experience of this film. Maybe that’s a stylistic choice given the events of the story, but it contrasts so drastically to the other Harry Potter films.

7 – Harry Potter and the Deathly Hallows: Part One

Moving swiftly onto the next movie in the series, the Deathly Hallows: Part One ranks fairly low on my list of best Harry Potter movies. As the first of the two-part split, it was always going to be the worst of the duo. To carry the weight of the closing chapter while also having a satisfying conclusion was always going to be tricky. Sadly, Deathly Hallows: Part One never truly feels like it’s picking up any serious pace.

6 – Harry Potter and the Goblet of Fire

Goblet of Fire is actually one of my favourite of the Harry Potter books which is why the movie ranks lower than the rest. It’s actually a pretty great movie, too. Following the events of the Tri-Wizard Tournament is still entertaining to watch, even on repeat viewings. It’s also finally goes deep on the darker side of the Harry Potter world, transitioning us fully into the more mature era of the movies.

However, there’s so much more in the Goblet of Fire novel that the movie just skipped over. Entire subplots and characters are missing, and the movie is far less interesting for it. If you haven’t read the original novel, do yourself a favour and see what you’re missing.

5 – Harry Potter and the Philosopher’s Stone

Again, Philosopher’s Stone isn’t necessarily a bad movie – it just wanes in the shadow of the better half of this movie series. As the movie that kicked everything off, though, it still has to be respected. This is where we met the cast for the very first time and it’s fair to say that they cast a spell upon us all back in 2001.

Philosopher’s Stone always feels like a Christmas movie to me. It’s the Harry Potter movie that you’d sit down to watch as a wholesome family movie. There’s nothing particularly wrong with it, but there’s certainly a time and a place to watch it.

4 – Harry Potter and the Order of the Phoenix

Now we’re into the best half of the series and we’re kicking off with Order of the Phoenix. Following the Dark Lord’s return, we see Harry struggle to convince the rest of the world that the threat is real. I enjoy Order of the Phoenix because we share a similar perspective to Harry. Secrets and mysteries swirl in the background and we get to uncover them at the same pace as our protagonist. You feel a deep, emotional connection to Harry in this movie like no other entry can pull off.

Entering into the top three we have Deathly Hallows: Part Two. The culmination of the entire series truly wowed us all, achieving what many thought to be impossible. If you want an example of how to round off an eight film series in a satisfying way, this is how you do it. Both laughter and tears are frequent throughout as it rips your heart out and plugs it right back countless times in its two-hour runtime.

2 – Harry Potter and the Chamber of Secrets

I might be slightly biased placing this one so high, but Chamber of Secrets was always my favourite Harry Potter film as a kid. Playing out as a murder mystery, it takes the fun-filled drama of the first movie and raises the stakes just a notch. There’s an excellent performance from Kenneth Brannagh here is Gilderoy Lockhart. It’s also the last movie with Richard Harris as Albus Dumbledore, so it’s always rather touching to watch this movie back.

1 – Harry Potter and the Prisoner of Azkaban

Taking the top spot on my list is Prisoner of Azkaban. This movie strikes the perfect balance between the whimsical fun of the first movies while starting that transition into something more mature. It’s here that we’re introduced to the adult drama that goes on to frame the entire series, and it’s fun to see this play out from Harry’s perspective.

Prisoner of Azkaban is also my favourite film from a directing standpoint. Some of the cinematography is incredible to witness, rivalling even some of the more artistic films I’ve seen. The way that the time bending plot is handled is incredibly fun to watch, too – especially upon repeat viewings.

Do you agree with our ranking of the Harry Potter movies? Let us know across our social channels.