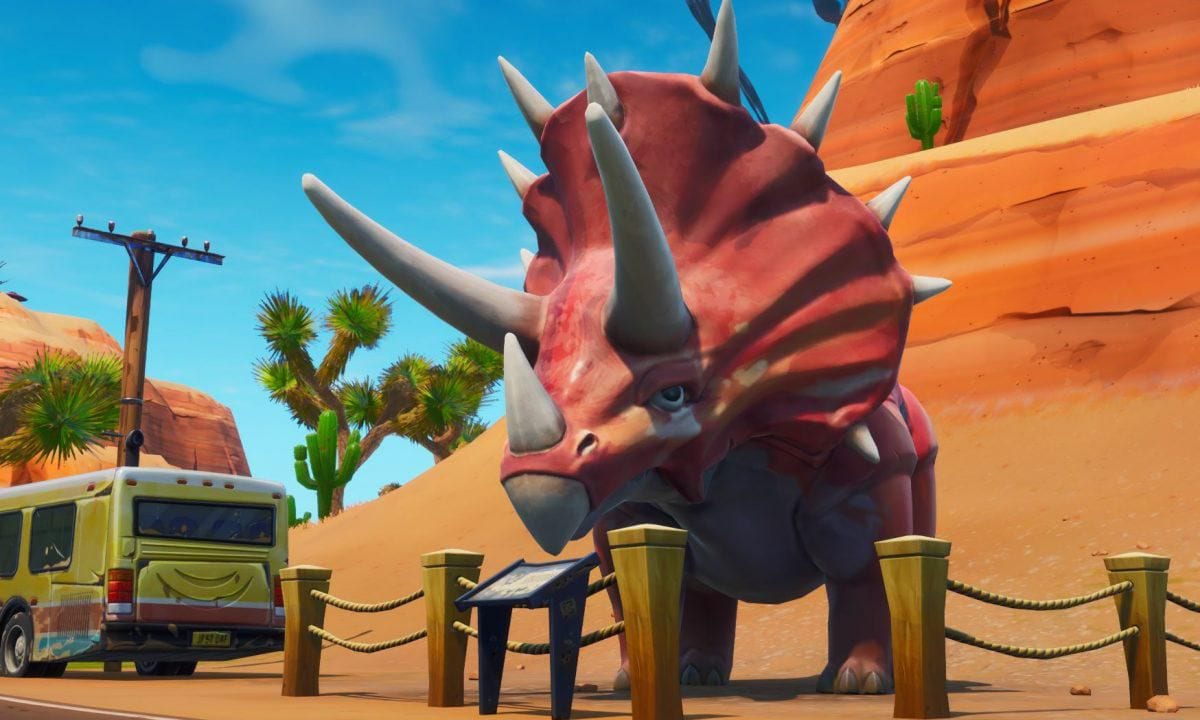 The stage is set for dinosaurs to make an appearance in Fortnite’s latest update, Chapter 2 Season 6.

So far, FortTory has found a 3D model of a large speckled egg, along with other assets titled ‘MI_Dino_Splats_01.uasset”. Although these assets exist within the game’s update files, the eggs are yet to be found in-game.

The assets are likely in relation to the new wildlife animals that Season Six introduced to Fortnite. Players can now discover and tame all sorts of animals across the island including chickens, boars, and wolves.

FortTory reckons that we could see dinosaurs added as a new variant of wildlife, which seems to support a cryptic line on the official Fortnite website: “Hunt or tame wildlife to not only live off the land but to gather materials for crafting.

“And though wolves may roam, the most fearsome predators have yet to hatch…”

The new animals in Fortnite offer new gameplay mechanics to the player. You can use chickens to jump higher and fall more slowly, and boars and wolves will attack enemy players for you.

If dinosaurs are on their way to Fortnite, it’s possible that we’ll be able to tame them. Could we shortly be riding into team fights on the backs of raptors? Hopefully, we won’t have to wait long for the eggs to hatch.

What else is new in Season 6?

The new chapter, which launched on Tuesday, is titled ‘Primal’ and has transformed the game’s map into a landscape barren of technology. Other new additions include a crafting system that allows players to farm materials and craft weapons anywhere.

You can also now play as Lara Croft if you purchase the Season 6 Battle Pass. Croft isn’t the first gaming legend to make an appearance in Fortnite. Late last year, Halo’s Master Chief also made his Fortnite debut.

Are you excited for dinosaurs to appear in Fortnite? Let us know across our social channels.