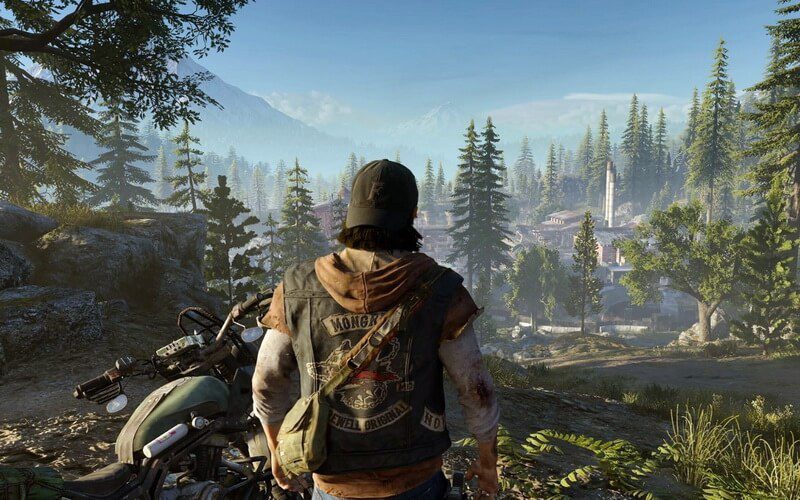 Sony Bend got a lot of attention during E3 this year after it announced its upcoming project Days Gone during Sony’s press conference.

The game immediately reminded many of The Last of Us (in a good way) and the visuals and gameplay looked really promising. Not much is known about the game right now apart from the fact that it’s set in a post-apocalyptic world and would feature zombie-like creatures.

The game will also be utilizing the full potential of the PS4 Pro and promises to be one of the best looking PS4 games ever made if not the best. Today, we get a glimpse of how beautiful the game actually looks on the PS4 pro thanks to the newly released screenshots.

The screenshots have all been taken using a 4K monitor while the game was running on a PS4 Pro. The game’s not even finished development but is already looking like a scorcher. We can only imagine how beautiful it’ll turn out to be in the final build.

Check the screenshots out below –