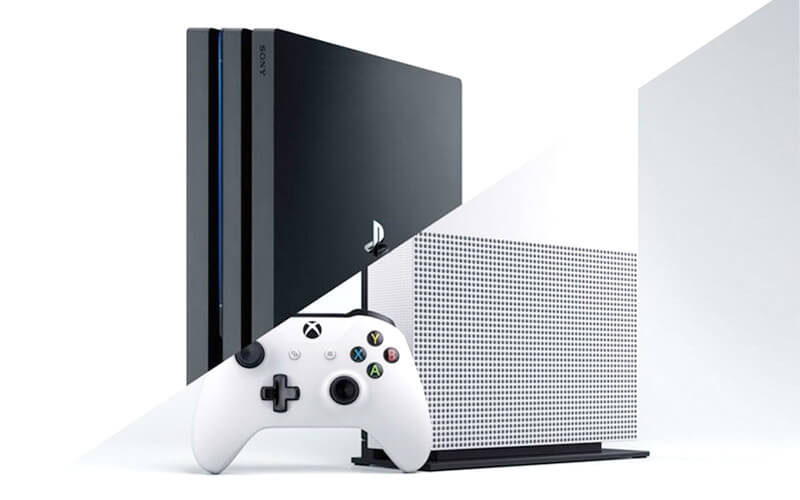 Finally that 4K TV can stop gathering dust and be used for what we always wanted it for. 4K gaming consoles draw ever closer with the upcoming release of both Sony and Microsoft’s 4K consoles.

Both stand ready to provide exceptionally high detailed 4K gaming however it’s time to ask; Which one is the better 4K console?

So here are 7 reasons for why you should choose the PS4 Pro.

With a $100 difference in pricing, the question stands how much extra power are we getting for the Playstations higher cost? Well by pure computing power alone the PlayStation immediately shows its benefits.

Pulling in at 4.14 teraflops (the main unit of measuring computational speed), the PS4 Pro leaves the Xbox in the dust, sitting at 1.32 teraflops. This raw power advantage dramatically helps the PS4 pro pull ahead in performance for many of the desired features of a 4k gaming machine.

While advertised as 4K Gaming machines, nether console is actually putting out 4k resolution. To get this, players are still going to have to drop some serious money on a 4K PC system.

Both consoles utilize upscaling to provide 4K graphics however, they each have a different approach. While the Xbox One S uses traditional upscaling methods, similar to that of 4K TV’s, Sony uses software to develop its 4K resolution. This allows Sony to utilize their power advantage to create a more vibrant and immersive 4K experience.

Since the Playstation 4 Pro utilizes software to drive its 4K resolution, this allows for older games to be patched to support 4K resolution. Sony has already demonstrated upgraded versions of recent releases, such as Deus Ex: Mankind Divided running at this new 4K resolution.

For the players, this means they can continue to enjoy the games they own for Playstation without having to rebuy them just for the graphics upgrade. This benefit isn’t just for PS4 Pro buyers as well, with the HDR firmware update coming for the PS4 as well to provide better colour ranges.

With PlayStation VR’s launch on the very near horizon, many enthusiasts are excited for access to an affordable VR solution. For the same price as the Pro console, $399, players can comfortably enjoy the 50+ VR games available at the launch of the headset.

With the launch slated for October 13th, gamers will have to wait only a month for the release of the PS4 Pro. This console comes VR ready for players to immediately immerse themselves in the Virtual worlds. With the total price point of $799, this still comes in under some of the PC counterparts.

When spending as much as you will on your new 4K gaming console, you want to know how long it’s going to last. Those buying a PlayStation 4 Pro will have their minds put to ease with no current known plans from Sony to release another version in the immediate future.

Meanwhile, Microsoft has already made mention of another new Xbox One scheduled for release at the end of 2017. While there are few known details about this new project codenamed Scorpio, it is set to be a more powerful console. This does raise the question though of whether it’s worth buying an Xbox One S that may become largely redundant within a year.

6. Go where the players are

If you are looking to go where the players are, then PlayStation is a safe bet. With over 40 million units sold so far compared to Xbox One’s meagre 20 million, the PlayStation provides a  more vibrant and active online community. With the success of the PlayStation, comes great benefits to the players.

Access to exclusive content for various games, early launches for multi-platform games and a wide range of free games as part of PlayStation Plus, gamers will be reaping the rewards of Sony’s success.

Speaking of exclusives, Sony has a variety of amazing looking games on the near horizon. With Horizon Zero Dawn, God of War, Days Gone and the Final Fantasy VII remake in development, owners of the new PS4 Pro will have plenty to demonstrate the graphical power of their 4K gaming gear.

This combined with the PS4 Pro’s VR ready platform, means gamers have a wide range of exclusive titles to chose from.

The Playstation 4 Pro is shaping up to continue Sony’s domination of console sales. For pure gaming performance it will be able to provide an amazing 4K experience for both new and older games.

Ultimately however, it’s the exclusives that sway purchases and the Xbox One S is not without its own fantastic line-up of exclusive games. Both systems have their own unique benefits and will each stand as a fantastic buy this holiday season.

Still unsure? Check out our 7 reasons for getting an Xbox One S.