Imagine playing The Elder Scrolls 5: Skyrim in 4K already. This can now be possible as YouTuber Roger Nunez has developed an incredible looking mod which transforms the PC version of the game into Real HD 4K. 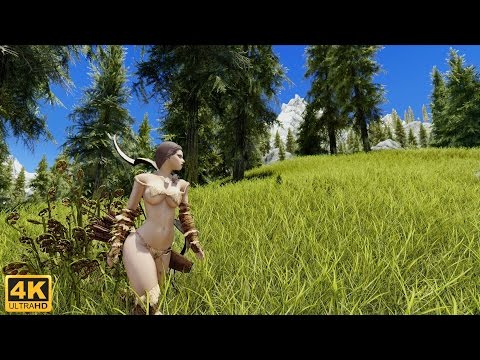 The YouTube video of the mod shows off stunning graphics where snow clad houses, lush green grasses and vastly detailed characters along with their outfits and weapons can be seen. The video even shows the mod working at night and it looks absolutely fabulous. You can even download it as a mod.

The mod can be downloaded from this link and you can find more screenshots of the same here. On the other hand NVidia users can download the mod from here.

The Elders Scrolls fans will relish this as a good news as The Elder Scrolls 6 is not in the cards for the near future. Todd Howard, the Bethesda boss, however confirmed that their team is working on the next Elder Scrolls title but said “it’s a long way off.”

On the other hand, we have been ascertained that two more projects will be revealed by Bethesda before the reveal of the next Elder Scrolls games which gives us something to look ahead from Bethesda.