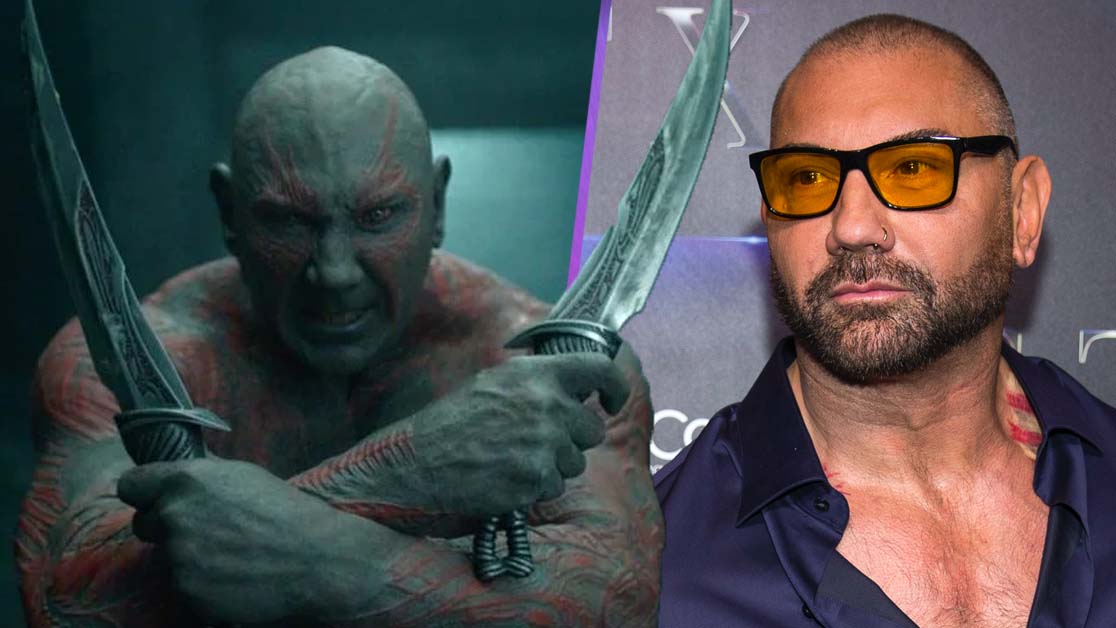 Dave Bautista has said goodbye to his MCU character Drax, his famous role in The Guardians of the Galaxy.

The former WWE star has tweeted about giving up the role, stating that another actor will play The Destroyer. Bautista will make his last appearance as the character in The Guardians of the Galaxy Vol. 3.

Bautista tweeted “Drax isn’t going anywhere. He just won’t be played by this dude! By the time G3 comes out, I’ll be 54 years old for gods sake! I’m expecting everything to start sagging any second now.”

Later, on Instagram, he posted a picture of some of the film’s cast. The caption reads “Haven’t found the words yet. It was over so suddenly and I was on to my next film before I could process it all. End of a journey that changed my life.”

It’ll probably be strange to see another actor as Drax in the future. Bautista definitely made the character his own and the future actor has a tall task ahead. As for who’s going to play him, nothing official has been announced for the moment.

Drax will also appear in the upcoming MCU film Thor: Love and Thunder along with the rest of the Guardians.