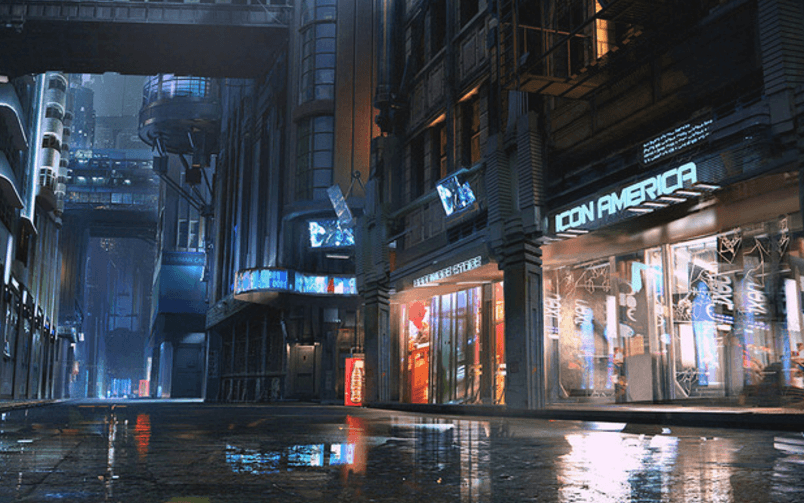 Even with Polish developer CD Projekt Red’s massive award game the Witcher 3 still capturing the imaginations of gamers worldwide, a new game by the studio is in development. An early stage of development, but a promising one.

One such discussion from the team so far is the role of the multiplayer experience in the game. The developers wish to include a “seamless multiplayer” in a “huge living city”. Ambitious indeed.

While there may not be a lot of  gameplay revealed of Cyberpunk 2077 – the game is essentially in its design phases – CD’s latest offering, players can still consult concept art and discussions by the team to give themselves a glimpse into the new world offered by the dev team.

According to reports straight from the National Center for Research and Development in Poland – whom CDPR have asked for grants from in order to fund the new game – there will be the intention to create a fluid multiplayer experience in a detailed, breathing and original city. The application by the studio is said to include the intention to work on new technology to create a new city based on the formulas of “rules, AI, and automation.”

It appears as if the “seamless” quality of the multiplayer will play out hand-in-hand with the singer-player campaign and not make each mode mutually exclusive. It will form one cohesive gameplay experience that promotes a community feel to it. We wonder if there will be similar concerns of weather making the game unfair for multiplayer.

The team have also applied for grants for two trademarks named “Animation Excellence” and “Cinematic Feel”, which don’t give too much away but generally suggest techniques for design.

There’s no real release date for the game yet, but have hinted at an early 2018 release. The teaser trailer is pretty much we have to go on so far. But look for details in the upcoming weeks, it’s sure to build anticipation for next year.